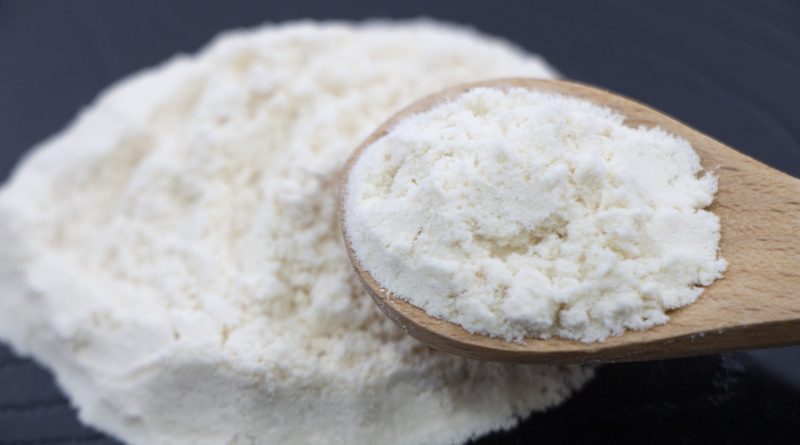 During the Edo period, the most famous products of Kagawa prefecture the “Sanuki-san-paku讃岐三白”, “the three white of Sanuki”, were sugar, salt, and cotton. The sugar produced in Kagawa is called Wasanbon and is usually used to make Wagashi, traditional Japanese sweets. The main regions of production are located in the Higashikagawa, before called the East Sanuki where produces the Sanuki Wasanbon, and nearby Tokushima for the Awa Wasanbon.

The East Sanuki belongs to the Setouchi climate which is warmer and less rainy. The area also gets sandy soil with good drainage makes it difficult to cultivate rice, but it is perfect for growing sugar cane. Such a terroir in the Est Sanuki explains why the Wasanbon production is mainly concentrated there.

The variety of sugar cane cultivate in Tsuda-cho in the Sanuki city, is the Chinese sugarcane “Chikuto (竹糖)”. By milling and cooking the sugarcane, you can extract raw blocks of sugar, called “Shiroshitato(白下糖)”. Even though “Shiro(白)” means “white” in Japanese, the sugar produced is brown with molasses.

Nowadays in Tsuda-cho only the Yamada Seito (山田製糖) company is still using the traditional method to produce its Shiroshitato. As there are only 5 hectares left of sugar cane in Tsuda the yield of Shiroshitato is extremely limited. Therefore except for the use of local famous Wagashi stores, only a few parts of the production are sold on the market. If you would like to buy some for yourself there is only the Tsuda tourism product center who may have some from mid-December to late January.

For the Japanese New Year period, the locals of Tsuda love to eat rice cake (mochi) with a pinch of Shiroshitato, or like to sweeten a little more their Anmochizoni (miso-based soup with red bean paste mochi) with the local sugar.

Shiroshitato and the sugar produce in Okinawa are both brown sugar however the Shiroshitato of Kagawa is less sweet with a fresher and more elegant taste than the Okinawan sugar. In Kagawa, a very few products are made is Shiroshitato, as it is mainly used for wagashi, and the most famous among these products is the Kawara Sembei Cracker (瓦せんべい), a hard crackers easily melting in your mouth. The beautiful amber color of the Kawara Sembei and its mild and fresh taste are all thanks to the Shiroshitato, there is no surprise that these crackers precede by large the other ones made with plain sugar.

Once the Shiroshitato produces through the milling and cooking process of sugar cane, a heavy rock is put to rest on the top of the brown sugar for the next 24 hours. The molasses contains in the Shiroshitato is slowly pressed-out to obtain a beautiful white sugar. To obtain an even whiter sugar, the white sugar is mixed with water, rubbed and pressed again to squeeze out the molasses and water. Through the repetition of the process, the sugar resulting is whiter and somehow purer, yet the quantity of sugar remaining reduced each time.

Originally, Wasanbon was called “Sanbonto (三盆糖)”. There are various explanations about the meaning of the word “Sanbon”. One said that the sugar was exported from the Sanbonmatsu (三本松) port in Higashikagawa take the name from the port. However, the most credible version, as it also fits the Chinese characters, is that as there was no special workbench for transforming the Shiroshitato into a more refined sugar, the brown sugar rub on trays (盆, pronounced “bon” in Japanese) three (三 pronounced “san” in Japanese) times. After the whole process, the sugar obtained was still a little golden colored but well-refined and called Sanbonto. As sugar started to be imported in Japan, the Chinese character “Wa” standing for Japan was added to emphasize the local production of the Sanbonto.

During the Edo period white sugar was still not imported, so the sugar produced by the Takamatsu Domain in Sanuki province (Kagawa prefecture) was one of the few production sites of Japan, and the Hiketa port in Higashikagawa city earned a tremendous profit from it.

According to the “Document of Osaka’s Business History”(大阪商業史資料), in the early Tenho period, the sugar traveling through the port of Osaka was for 50% produce by the Takamatsu Domain, and most of them were collected and exported through Hiketa port. Therefore, the wholesalers of Osaka offered to the local shrine Konda Hachimangu Shrine (誉田八幡宮) a pair of stone guardian dogs carved with the words “sugar 沙糖”. In the shrine, some of the lanterns’heads even have the shape of the sugar cane mill. It is clear that the sugar production was of first importance in Hiketa.

Nowadays, Mitani Seito (三谷製糖) and Baikoudo (ばいこう堂) are the last two companies producing Wasanbon through the traditional handmade process in whole Kagawa prefecture. In Japan, the Wasanbon and Shiroshitato of Kagawa prefecture still own its reputation and is loved by the Japanese. Presently the main difficulty encounter by the sugarmaker is to ensure the quality and quantity of sugar cane as it is the origin of the taste of the Shirashitato.

Every year Yamada Seito uses about 110 tons of sugar cane cultivated in Kagawa to produce its Shiroshitato. The chikuto of Tsuda-cho is said to have the best quality among the plantation in the prefecture. If no one can inherit their work the local farmers as no other choice than give up their plantation, which will impact the cultivation of sugar cane and therefore affect the production of Shiroshitato and Wasanbon.

The Yamada seito company has tried to use the sugar cane grown in Okinawa prefecture and Amani area in Kagoshima, but the Shiroshitato produce has neither the beautiful caramel color nor the fresh taste of the original. In order to preserve the production of traditional Wasanbon and not let it a part of history, it is urgent to attract young people to join the sugar cane production in Tsuda-cho.

Travel and daily life around the Wasanbon culture

The simplest way to enjoy Wasanbon is to taste it accompanied by a rich and aromatic cup of matcha. The matcha bitterness will reveal the elegant and mild sweetness of the Higashi (干菓子) made of Wasanbon.

If you are tempted to add a pinch of Wasanbon into your black, it is recommended to choose a tea with a light aroma, and if you add milk please make it light too, so it would not cover the taste of Wasanbon. If you more a coffee lover try to sweeten your drink with a dash of Wasanbon it will weaker the coffee’s bitterness and present the mild and rich taste of Wasanbon.

When you visit Kagawa prefecture, one of the main producer of Wasanbon, there will be plenty of opportunities to grab a Wasanbon ice cream or sit in front of a full cup of shave ice topped with Wasanbon syrup. Additionally, do not miss the “Wasanbon 和三盆” when it appears while you stroll at the sightseeing spots or on the coffee shop menu.

If you have more time, you should also try to make handmade Higashi in Kagawa prefecture. You can join courses at Sanshu Izutsuyashiki (讃州井筒屋敷) at Hiketa in Higashikagawa, at Nishikiya (にしきや) in Kotohira-cho and at Mamehana (豆花) in Takamatsu city. It will be a good experience to learn how to make Higashi by pressing Wasanbon powder into the wooden mould, no doubt that it will create a “tasteful” memory of your trip in Kagawa. 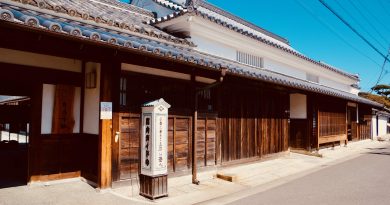 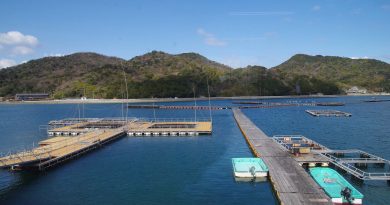 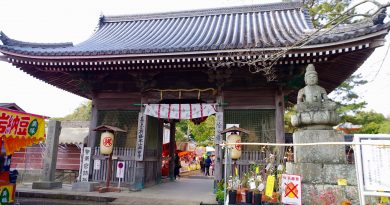