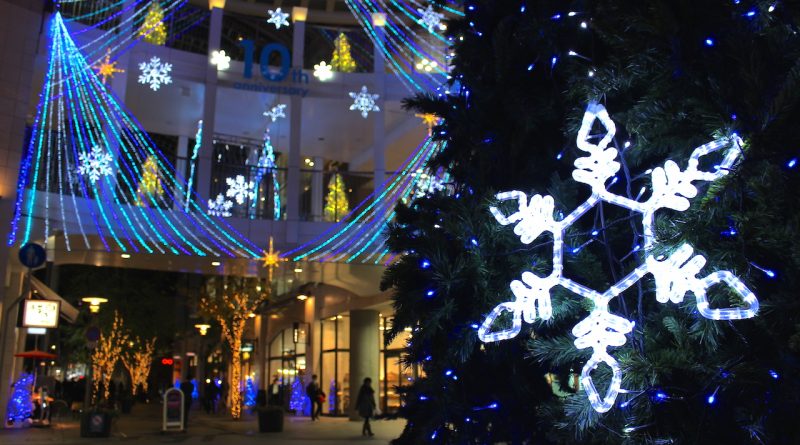 Illuminations have become one of the signature winter events in Japan. Life Takamatsu provides the reader with a list of must-see illumination spots in Kagawa. Go out and enjoy the romantic, dazzling winter illuminations in Japan. 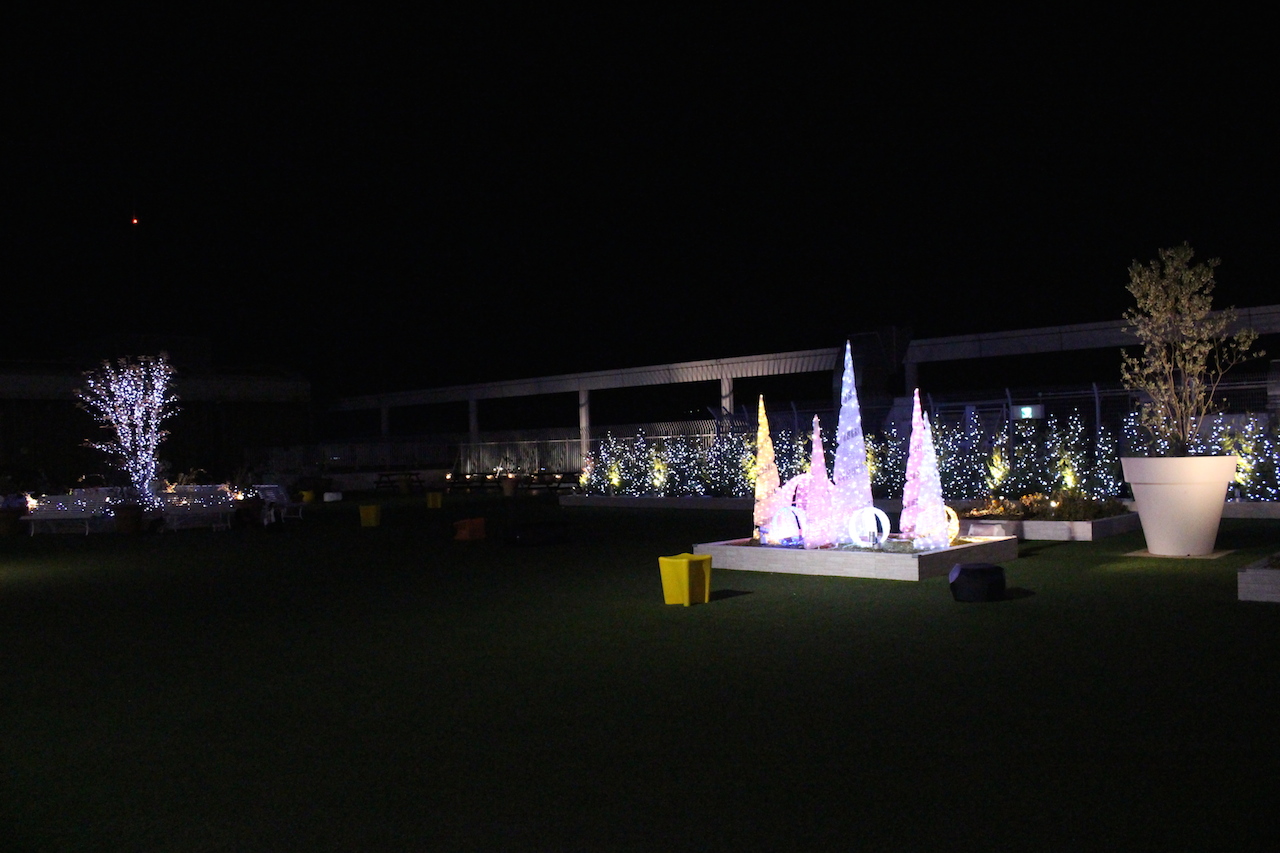 This spot is located in Kawaramachi Station, the center of the city and therefore easily accessible.
Visitors can enjoy the dazzling illumination with their family and friends while sitting on the soft grass located on the rooftop of Kawaramachi FLAG building.

Takamatsu Winter Festival presents its their 30th illumination since 1987 with this year’s festival theme, “ Thank you for making me happy”. There you will see the “Bright Message Board “, created by the elementary school students in Takamatsu, the “Glitter Symbol Tree” over 30m tall (about 98 feet), and a  LED decoration that celebrates their 30th Anniversary. They also hold local stage performance  programs on two stages at the site.

About 46,000 LEDs are illuminating the area around the Takamatsu Symbol Tower. Olive Tower is illuminated with white light and a sparkling meteor shower. Blinking LEDs give some action to the display that adds a glamorous effect to the site.

Marugamemachi Ichibangai had their 10th anniversary in December 2016 and the anniversary illumination display celebrates and lights up of Ichibangai’s alleys.

The largest illumination display in the Shikoku area, increasing the number of the LEDs from last year’s 15,000,000 to 20,000,000!! This year’s highlight is the “Aurora Miracle Show”, which reproduces the aurora phenomenon with the latest optical technology and was awarded both the 7th prize in “Summer Illumination Division” and the 8th prize in “Comprehensive Entertainment Division” In the 4th National Illumination Award.

Kirari Festival presents its 14th Winter Illumination with the “Himalaya Sugi (Japanese Cedar) as a symbol of Hanamizuki Square at the North Exit of JR Sakaide Station. The Himalaya Sugi is transformed into a 16m (52 feet) tall Christmas tree decorated with 45,000 LEDs. 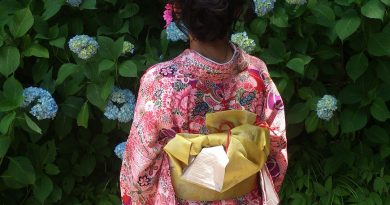 YUKATA! Feel the Summer of Japan 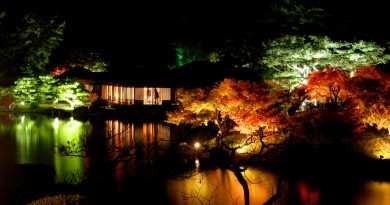 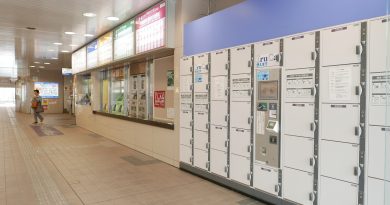