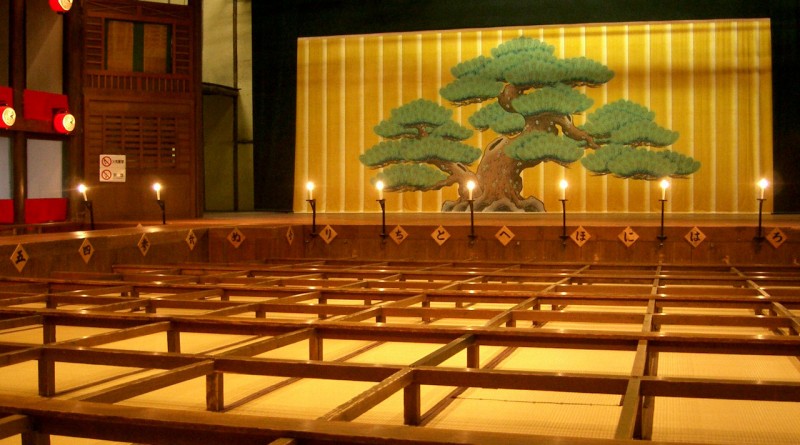 Kotohira town is famous for the pilgrimage to Kotohira shrine 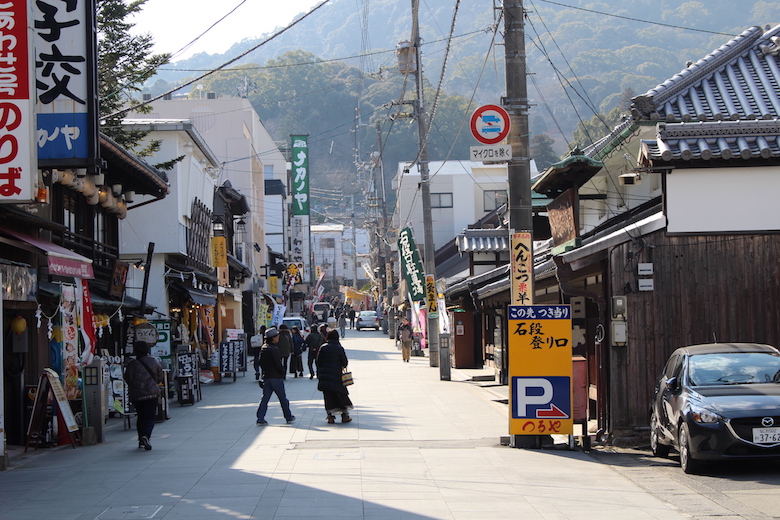 From Takamatsu, it takes about 1 hour by train until you reach Kotohira town.

Kotohira is mainly a shrine town, it has been thriving since the 17th century, when the pilgrimage to Kotohira shrine became increasingly famous.
Kotohira shrine, which is dedicated to a Shinto god of seafaring, has attracted innumerable numbers of people and hasn’t lost any of its attraction over the centuries.
Due to the long-standing popularity, you can find lots of different shops all over the town for souvenirs, shops can make udon by yourself, Japanese rice wine shops and many more.
In particular, the former Konpira Theater is a quite famous building which performs traditional arts to a diverse audience.

The theater for traditional Japanese Entertainments 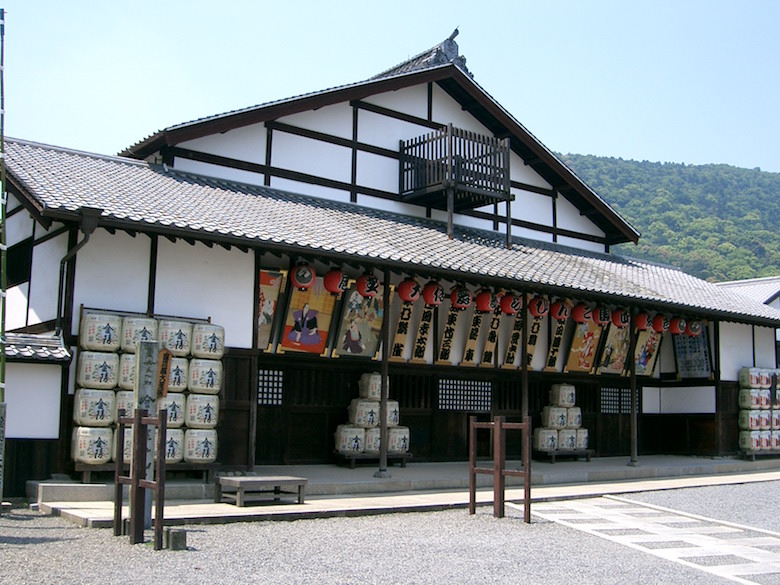 The Former Konpira Theater is the oldest theater in Japan. Even the theaters people saw in Tokyo, Osaka or Kyoto cannot compete with the one in Kotohira. As being said before, Kotohira was more like a quiet shrine town, rather than a big vibrant city but the theater lured people from all over Japan to Kotohira.
Nowadays, Kabuki shows are only held for 2 weeks in April with Kabuki troupes from all over Japan and tourists from all over the world visiting there. 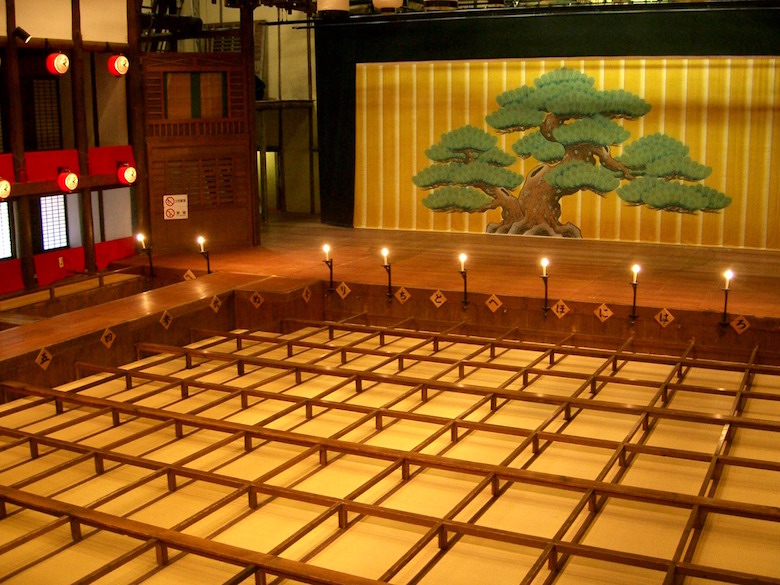 But even when there are no shows held you can still enter the building and experience the charm of this traditional Japanese theater.
You can access the stage on which the performances are held as well as the back of the stage setting. The wooden planking in front of the stage is the box seats on tatami floor, called “Masu”. These sections are made for groups of people and allow for a greater range of motion for the viewers, allowing them to more easily watch the action on the left runway stage, Hanamichi.

Konpira Kabuki is held once every year

Konpira Kabuki is held every year in April, twice a day for 2 weeks.
Kabuki, which began in the 17th century, is one of the traditional Japanese performing arts. In recent years it started expanding to the world with Kabuki troupes even touring through Europe, Asia and the Americas. Kabuki is characterized by its gorgeous costumes, and special make-up. Male actors take up the female roles as well. Even though men play the female roles, those roles will surprise you with their extraordinary beauty.

Kabuki is a pillar of Japanese culture, with many other arts developing out of it. If you are in Kotohira or Takamatsu, you should take the chance to visit Japanese oldest theater.
(English Website) 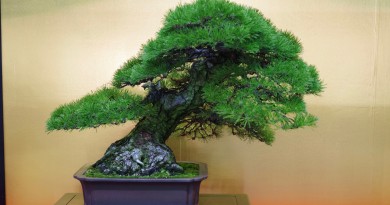 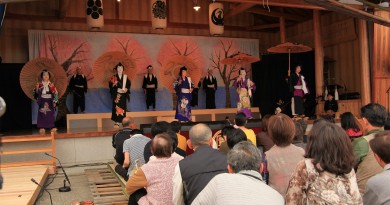