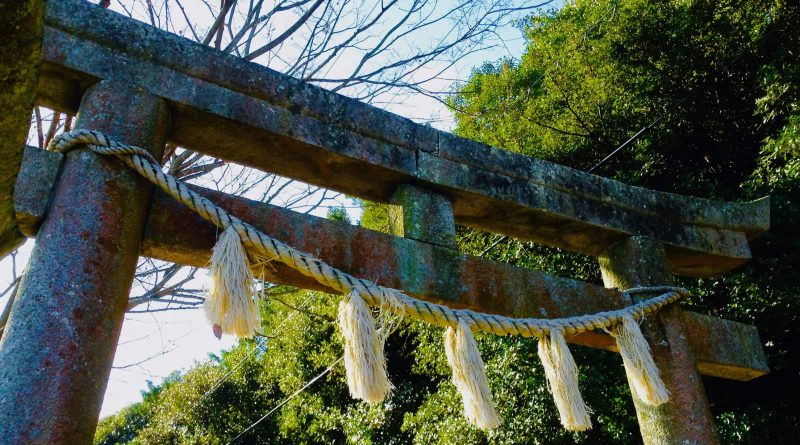 Take a walk from JR Shido station along the route 11 heading to Takamatsu city. About 10 minutes later will appear on the left side beside the railway a stone monument with the inscription “Tawa shrine, sannomiya of Sanuki province”. Turn left, cross the railway and go straight, you will find the torii of Tawa shrine. 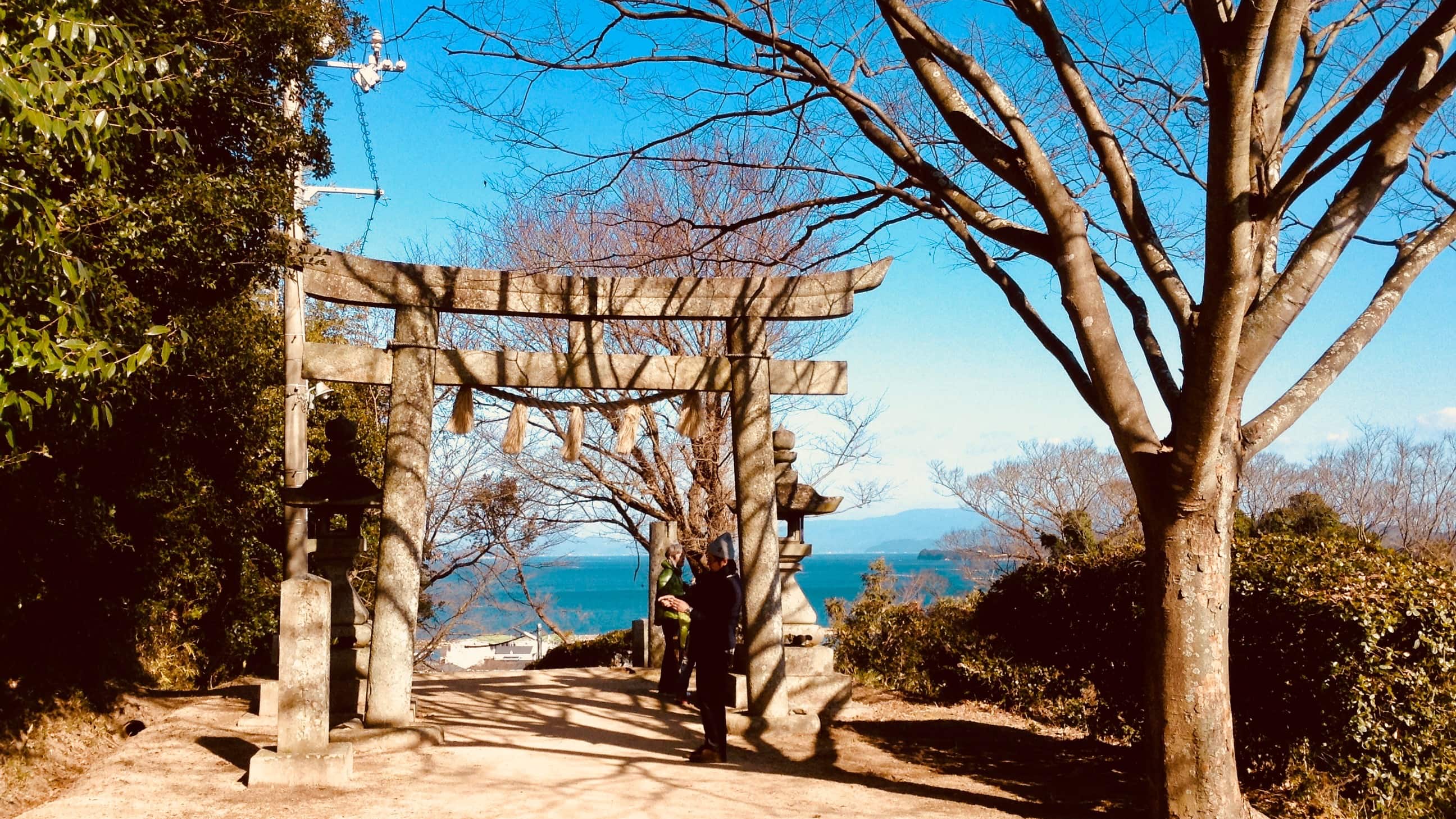 Climb up the stair approach and look back once you pass through the second torii: the wide view of the blue Shido bay appears just in front of your eyes. 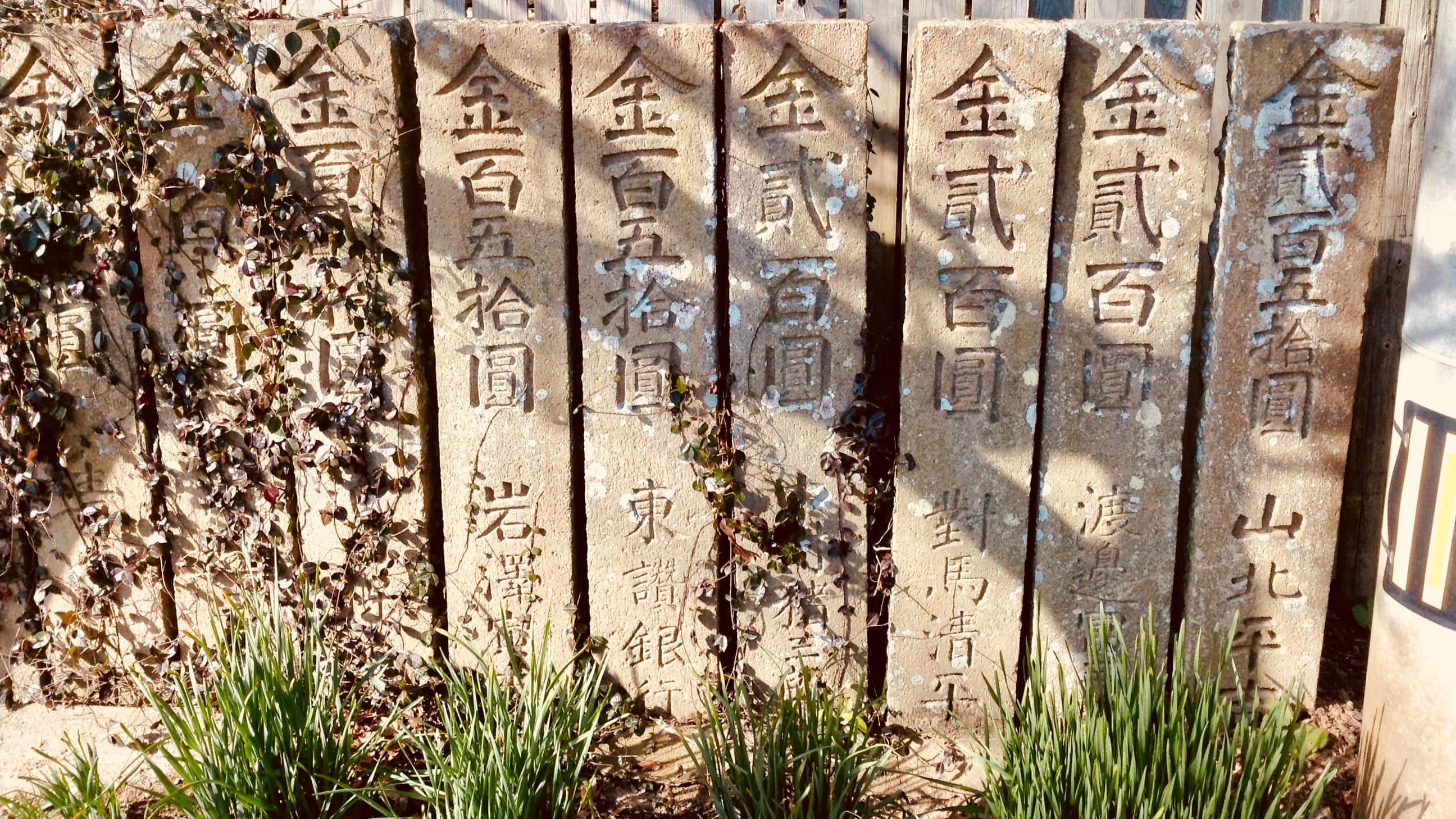 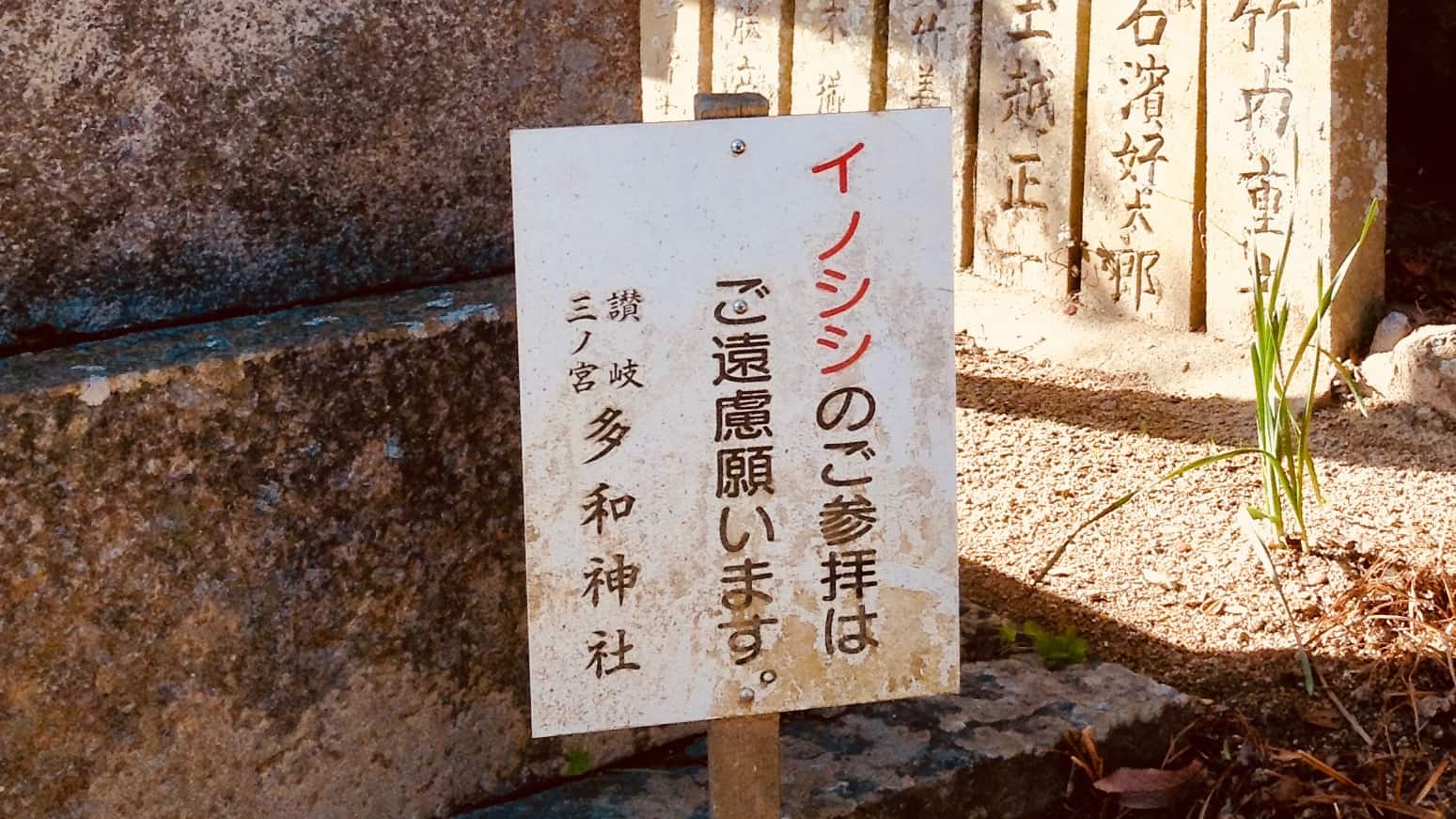 There is this signboard: “Wild boars are not allowed to visit” which makes me laugh. Maybe wild boars also would like to make some wish to the god of Tawa shrine. 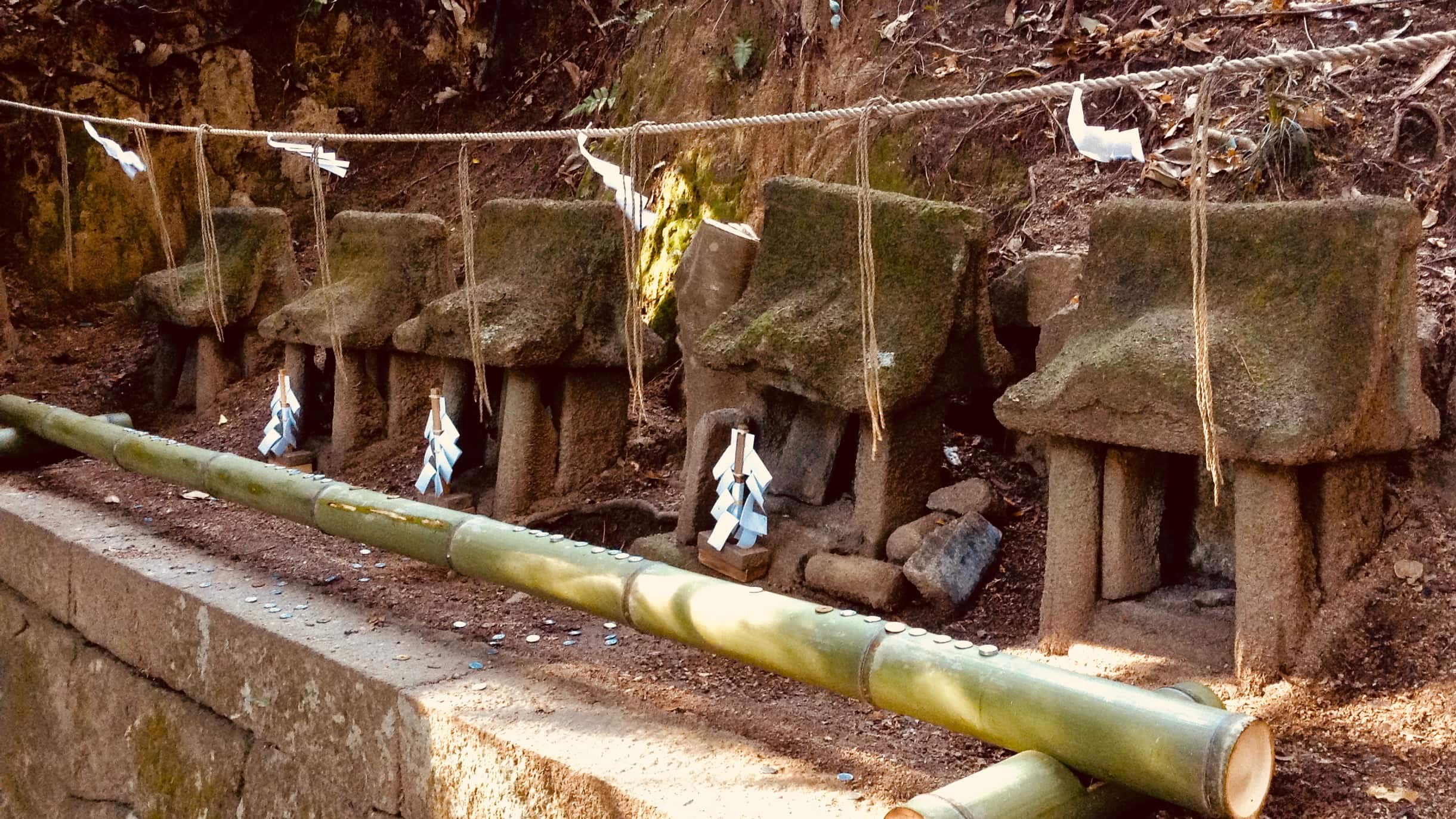 There are lots of keidai-sha shrines (shrines in the main shrine area) built from wood or stone on both side the approach. The white shide (紙垂, zigzag paper streamers) on the keidai-sha create the solemn ambient of Tawa shrine.

The solemn shrine surrounded by forest

When you enter the worship hall with deep blue curtain, you can see a wooden tablet carved with the inscription “Tawa Hachiman-gu (多和八幡宮)”. It means that Tawa shrine also worships the god named Hachiman. 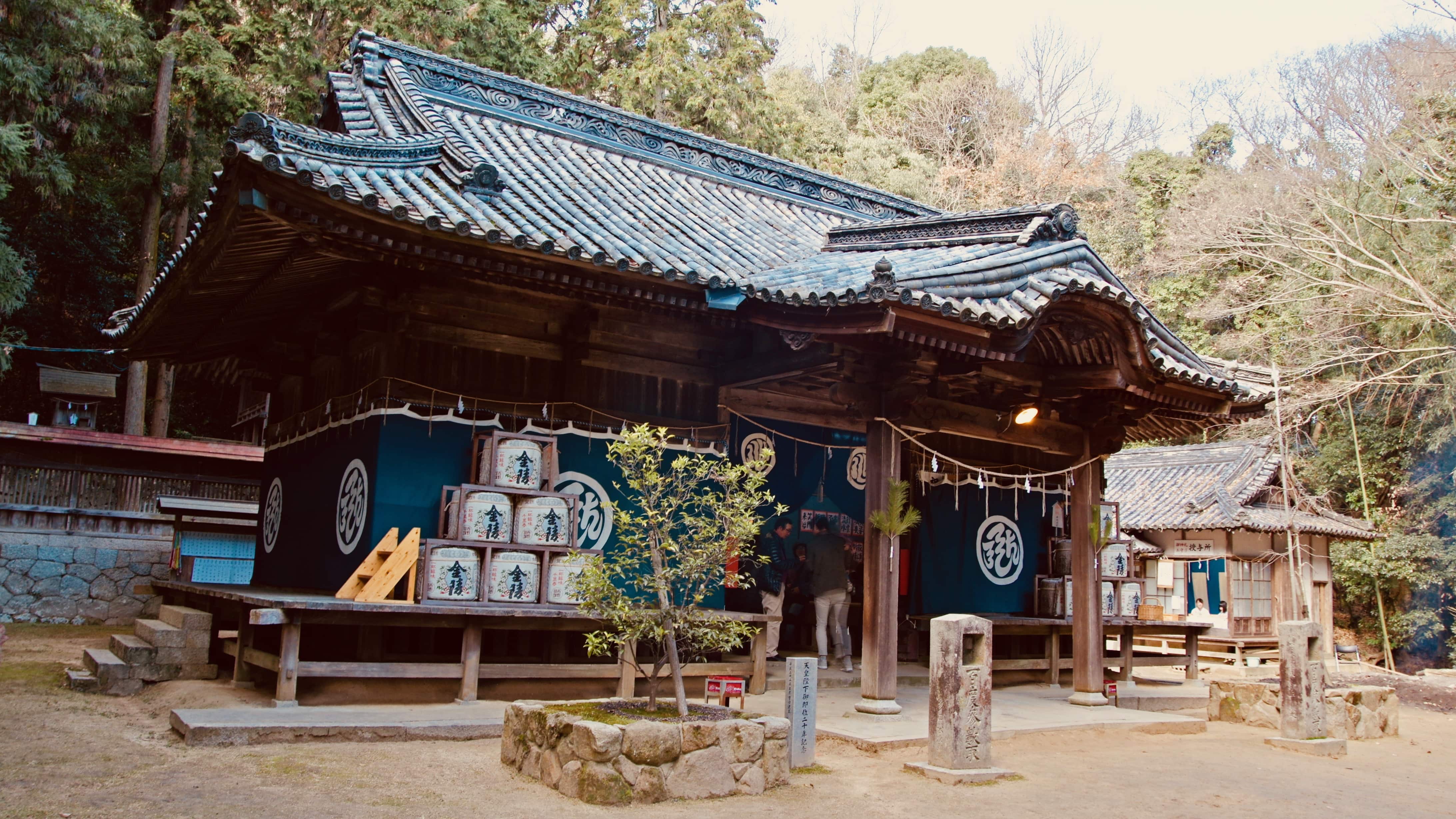 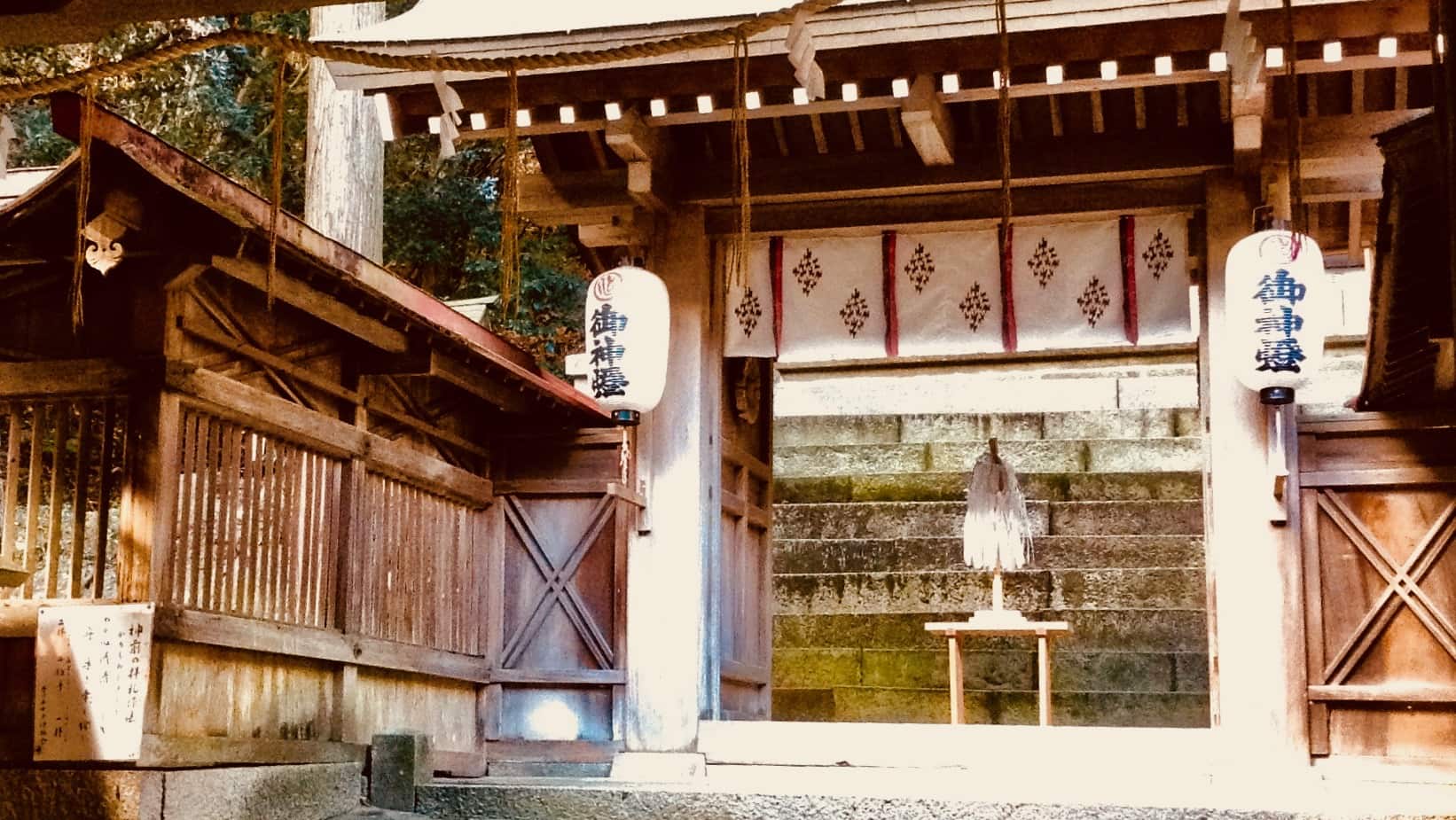 Passing through the central gate, you will reach the main shrine.

The main enshrined deity of Tawa shrine is Seoritsuhimenokami (速秋津姬), also named Minatonokami (水戶神) which means the goddess of port. In the past, Japan’s ports were set at estuary, so she is also called the goddess of estuary. Additionally, people believe that river can clean the impurity, therefore she is considered as one of the goddess who can get rid off misfortune. That is why people visit Tawa shrine not only for the abundant harvest and thriving business but also to be exorcised from bad luck.

Every year in October, the autumn festival of Tawa shrine is a huge event in Shido area. From September, you can hear “don!don!” resonating as people practice drumming everywhere. On the day of festival, the Ise-ondo (伊勢音頭, the Ise folk song) is sung in every district creating a lively atmosphere. 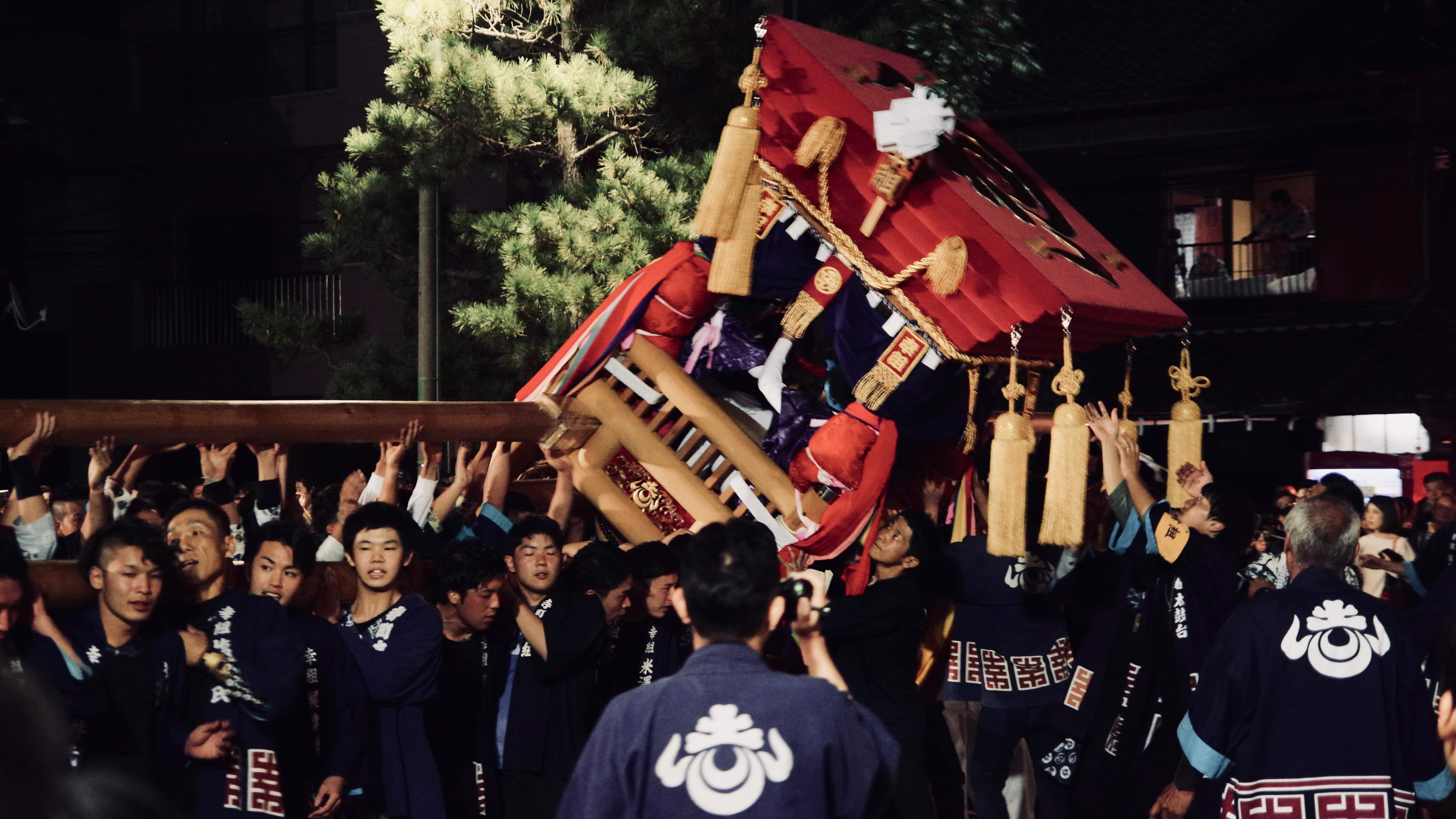 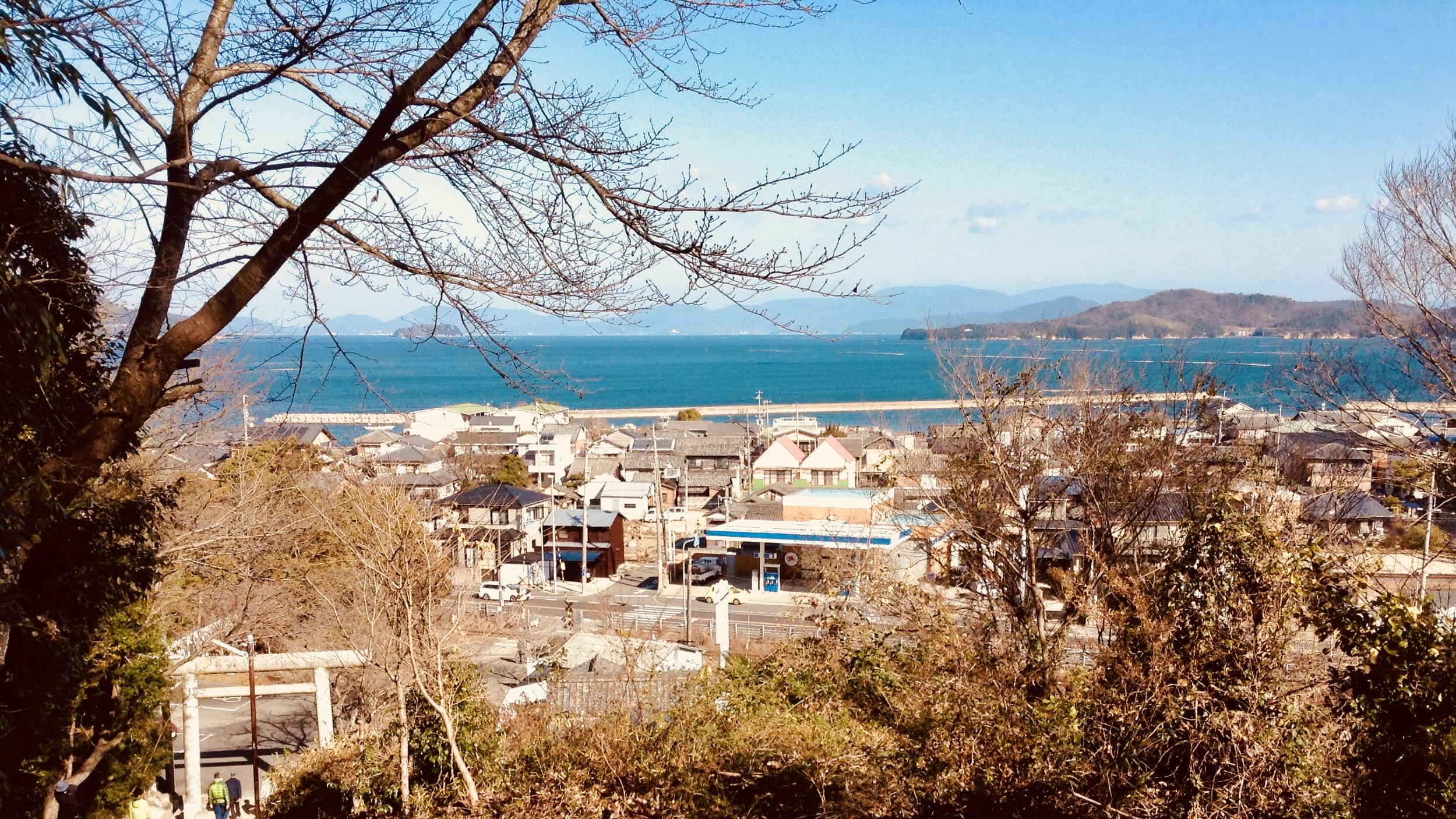 Lots of people visit Shido for the Shido temple, the No.86 pilgrim stamp office of the 88 temples of Shikoku, but there are few people coming to Tawa shrine which hardly appears on travel guide books. If you come to Shido expressly, it is recommended to go to Tawa shrine just 20-minute walk from Shido temple. The solemn atmosphere and beautiful sea scenery will for sure be an unforgettable memory of your trip in Takamatsu.