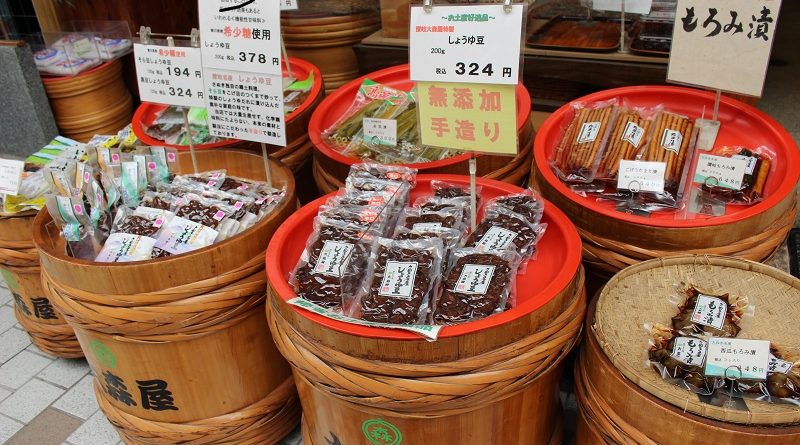 When we were walking in the Hyogo-machi arcade, which is close to JR Takamatsu station and Takamatsu-Chikko station, big barrels with the name “OMORIYA” written on the sides came into the site. Japanese pickles and SYOYUMAME (Broad Beans soaked in the soy sauce, are one of the unique traditional foods in Kagawa prefecture) are displayed on the barrels and they are a perfect side dish to serve with the hot rice. 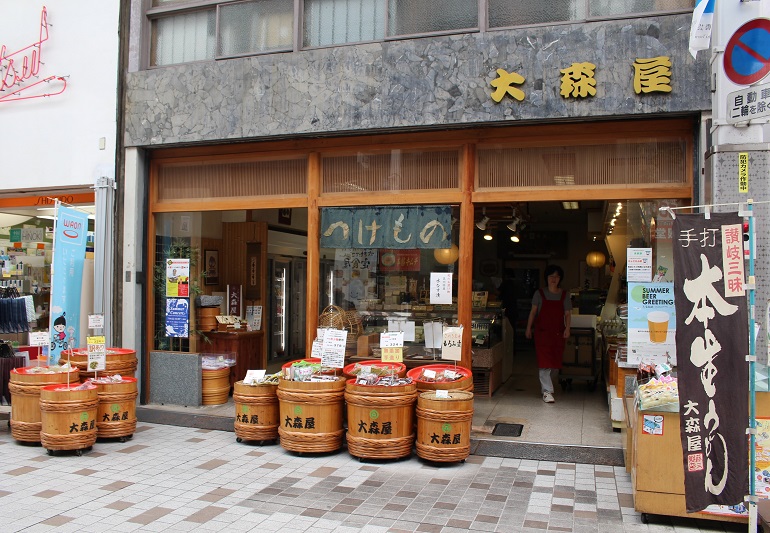 往店When we looked inside, shop clerks graciously welcome us and the third generation shopkeeper,Mr. Misaki-san, came out from the back.  We asked him for an interview and Misaki-san started talking about “OMORIYA” with a warm and firm tone. 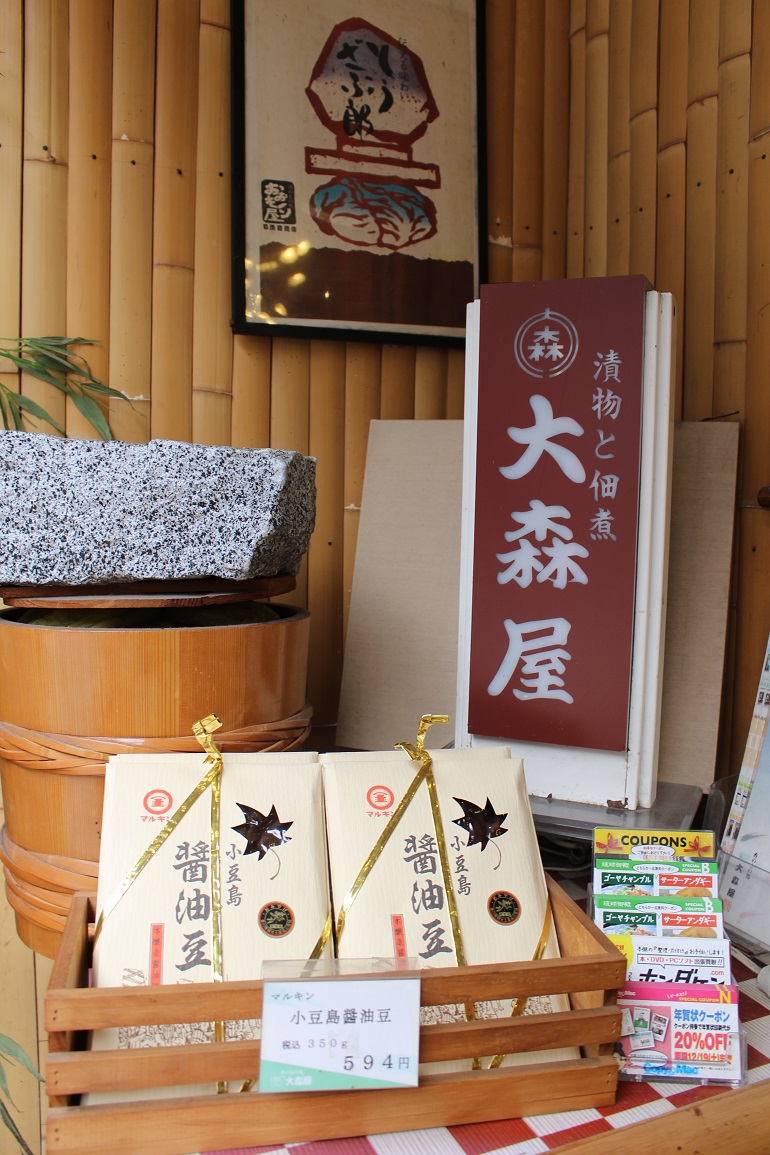 “KOUMONO-DOKORO OMORIYA” is a long-established pickle shop which has been running since 1923 specializing in Japanese-style pickles and has been loved by the locals for more than 90 years.

Mr. Fujusaburo (the first shopkeeper of OMORIYA), originally from the Kansai region is the grandfather of Misaki-san who is now the third owner. Fujisaburo apprenticed at a NARAZUKE (vegetables pickled in sake lees) shop in Osaka and opened his own store there.He came to Shikoku after being selected as a food manager at a department store due to his experience and talent.

In Japan, most of the traditional stores typically have the name of the owner’s family as the store’s name but “OMORIYA” and shopkeeper’s family name “Misaki” is different for a specific reason.

Before OMORIYA had opened for business, a friend of Fujisabro owned the property and did business there.  One day, that friend left Kagawa and Fujisabro took over the place and started a new shop and named it “OMORIYA” from his friend’s family’s name so Fujisabro’s friend could start a business anytime he came back to Kagawa.

In the beginning of OMORIYA, the store was a typical grocery store handling a wide variety of foods in addition to pickles, such as canned foods, dried goods and fresh foods.

On the other hand,OMORIYA’s original pickles continued selling from Fujusaburo’ s generation which you couldn’t purchase at the supermarket chains was receiving a huge reputation and became well rooted among locals and the number of the customers never fell.

At that time, OMORIYAwas not particularly aiming for specializing in Japanese-pickles, but the image of the “pickle shop ” actually was created among the local customer’s who came to the shop to purchase their original pickles before the shopkeeper knew it and we can say that OMORIYA became the current  Japanese-pickles specialty store by the people of Kagawa’s desire. 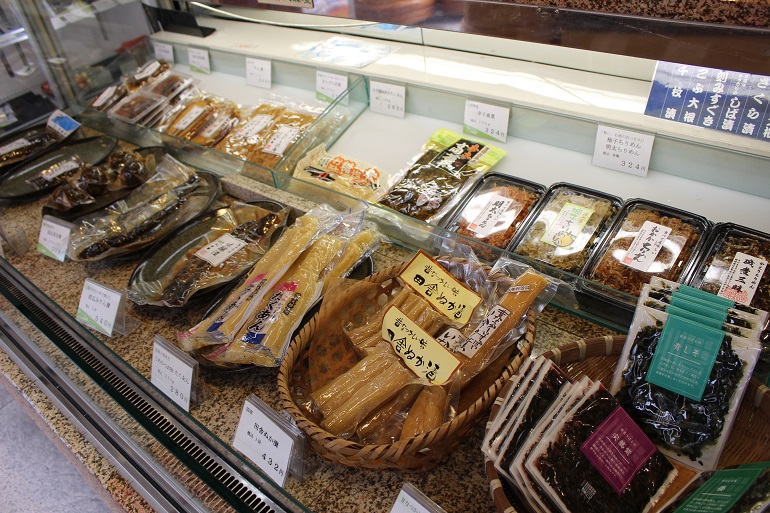 OMORIYA carries a whole variety of Japanese pickles. Pickles weren’t that popular 20 years ago butin recent years, fermented food made their come back and revitalized public interest as a good food source for being healthy and easyto purchase. 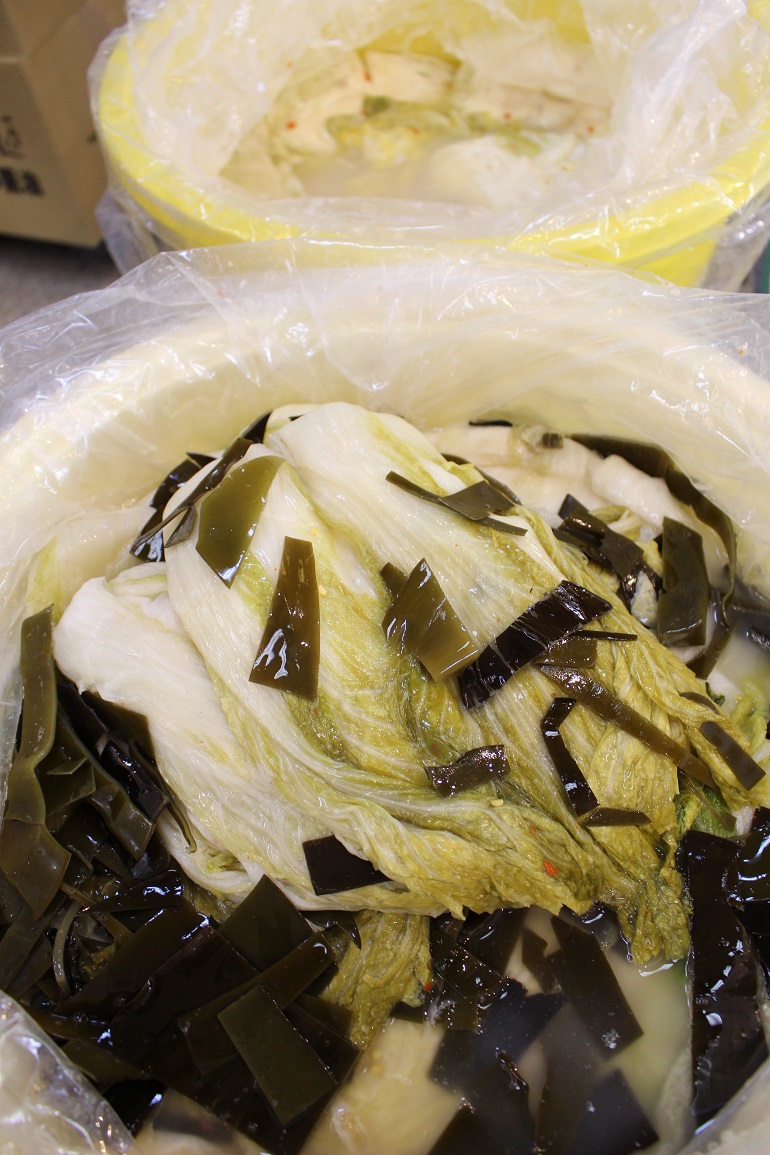 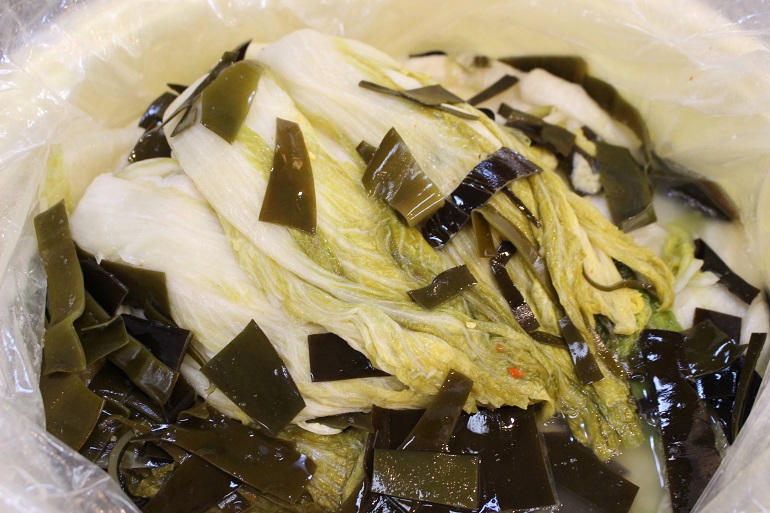 By immersing in a traditional way with time and effort, the flavor is amplified and becomes even deeper.

The motto of OMORIYA is to add harmony to the dining experienceand support the peace and health of the family.

OMORIYA’s pickles are less likely to be the main dish, but adding one more dish spices up the dinner table.

This motto was created by the current shopkeeper Misaki-san when he became the owner of OMORIYA, with a wish for customers to be pleased withOMORIYA’s SYOYUMAME and pickles.

If you ever come to Kagawa, please visit “KOUMONO-DOKORO shop) OMORIYA” at least once and enjoy eating their popular “TOUZABRO” pickle.

SHOPPING THINGS TO DO

The first traces of tea culture in the Kagawa prefecture can be found in the 17th century, when the first lord of Takamatsu Domain, Matsudaira Yorishige, built a tea place in order to hold his tea par

EVENTS THINGS TO DO