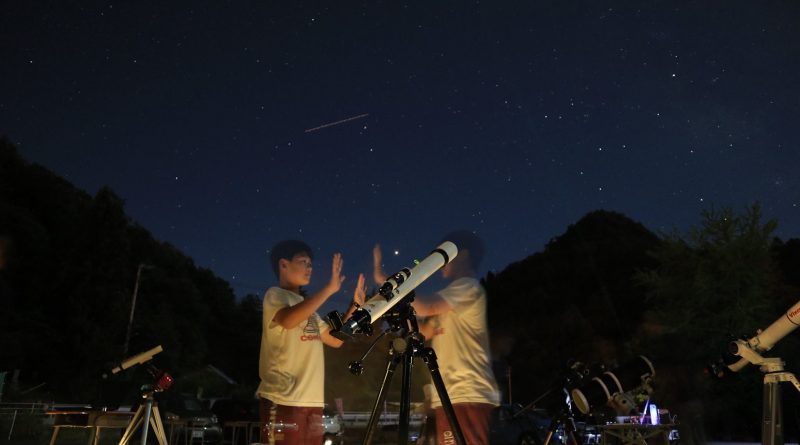 Do you remember the last time you watch the stars?

Lots of travelers visit Kagawa for the great view of Setouchi Inland Sea. However, have you ever thought about going into the mountain to enjoy thousands of stars in the boundless sky.

Lots of travelers visit Kagawa for the great view of Setouchi Inland Sea. However, have you ever thought about going into the mountain to enjoy thousands of stars in the boundless sky.

Mr. Murayama Shousaku, the Representative Director of Telescope Museum, got interested in telescopes during his junior high-school period. After graduation, he built a private observatory located at the boundary between Nagano and Yamanashi prefecture.

In 2001, Mr. Murayama Shousaku moved to Shikoku because of his job. Declining fertility rates, aging population, and city merger, lots of observatories closed and many telescopes were abandoned on the island. That is the reason why he decided to build another private observatory in Shikoku.

Opening an observatory was not the final goal. Mr. Murayama Shousaku expected the observatory to become a museum collecting the telescopes which are abandoned but still useful. He and four partners founded the association named “Make astronomical telescopes a cultural heritage”, and went all around the Shikoku Islands looking for the proper place to build the museum. 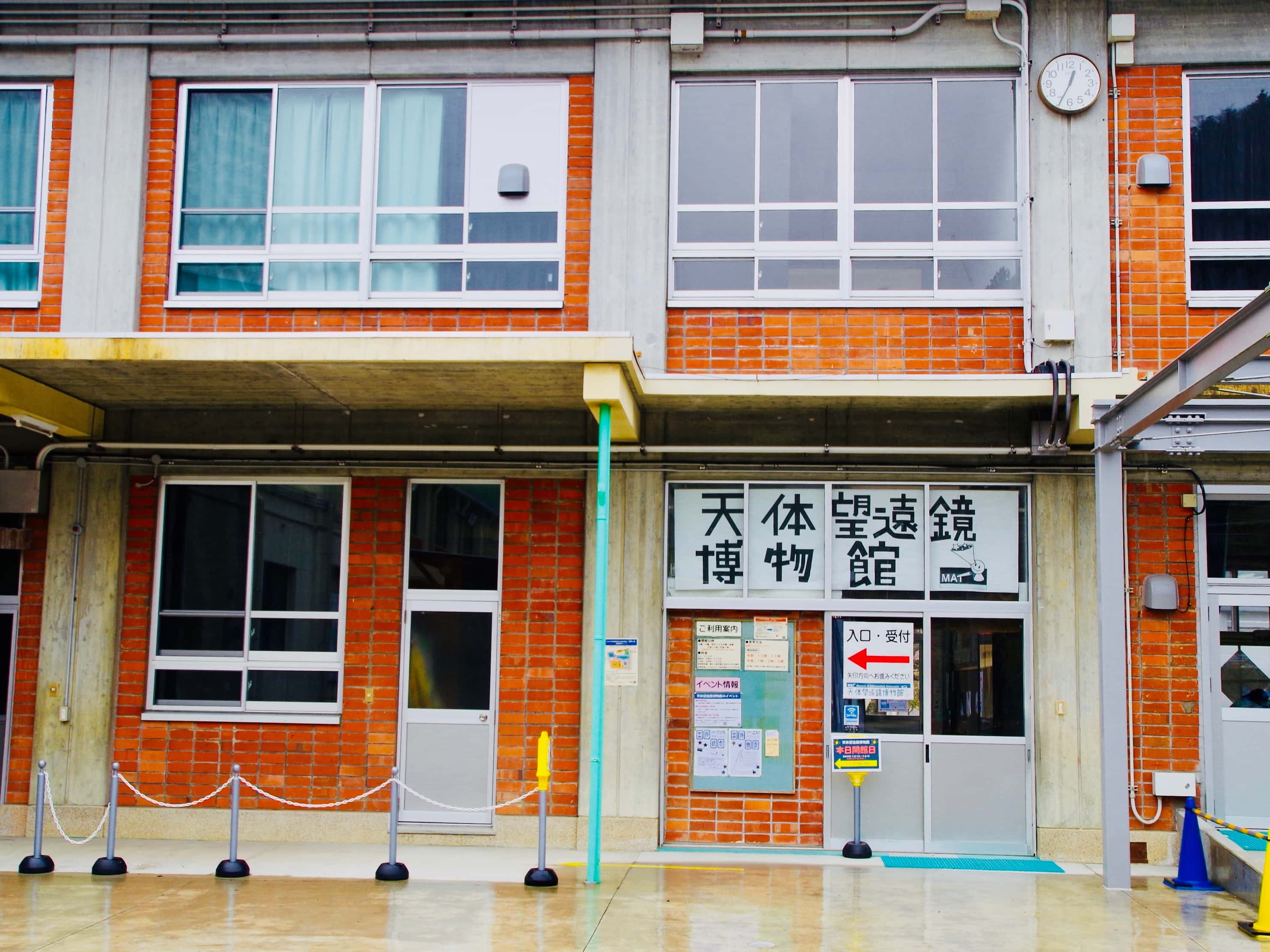 In 2016, the first astronomical telescope museum opened at the Tawa district of Sanuki city in the Kagawa prefecture. 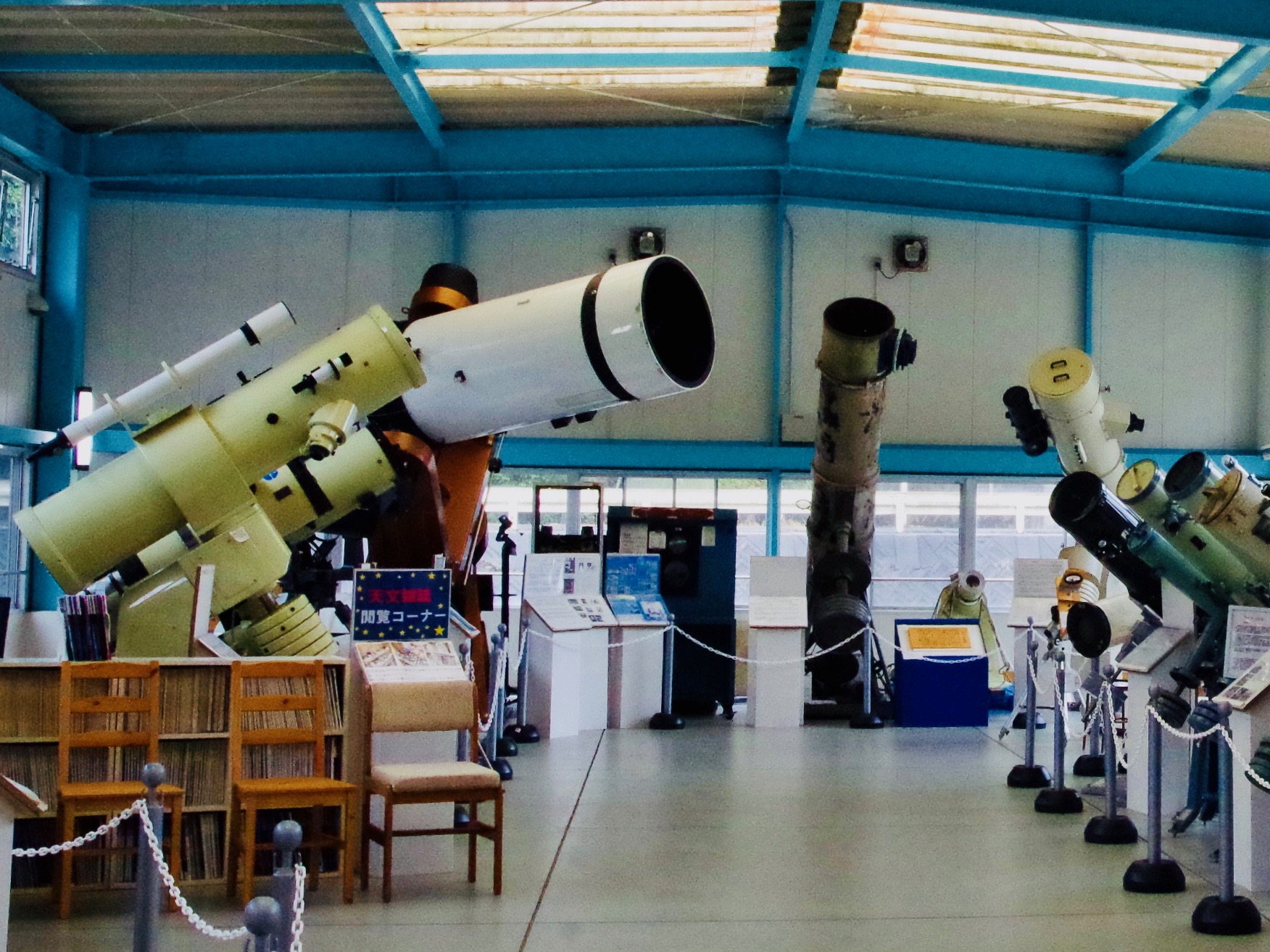 The abandoned Tawa elementary school find a second youth becoming the astronomical telescope museum. All the telescopes collected and shown in the museum have their story about theirorigin. The volunteers explain the manufacture and instructions ofuse for eachtelescopesThey also tell you the story about the original owners and howthe telescopes came to the museumgiving you not onlyknowledge,but also the chance to use yourimagination creating a more entertaining discovery ofthe telescopes in front of you. 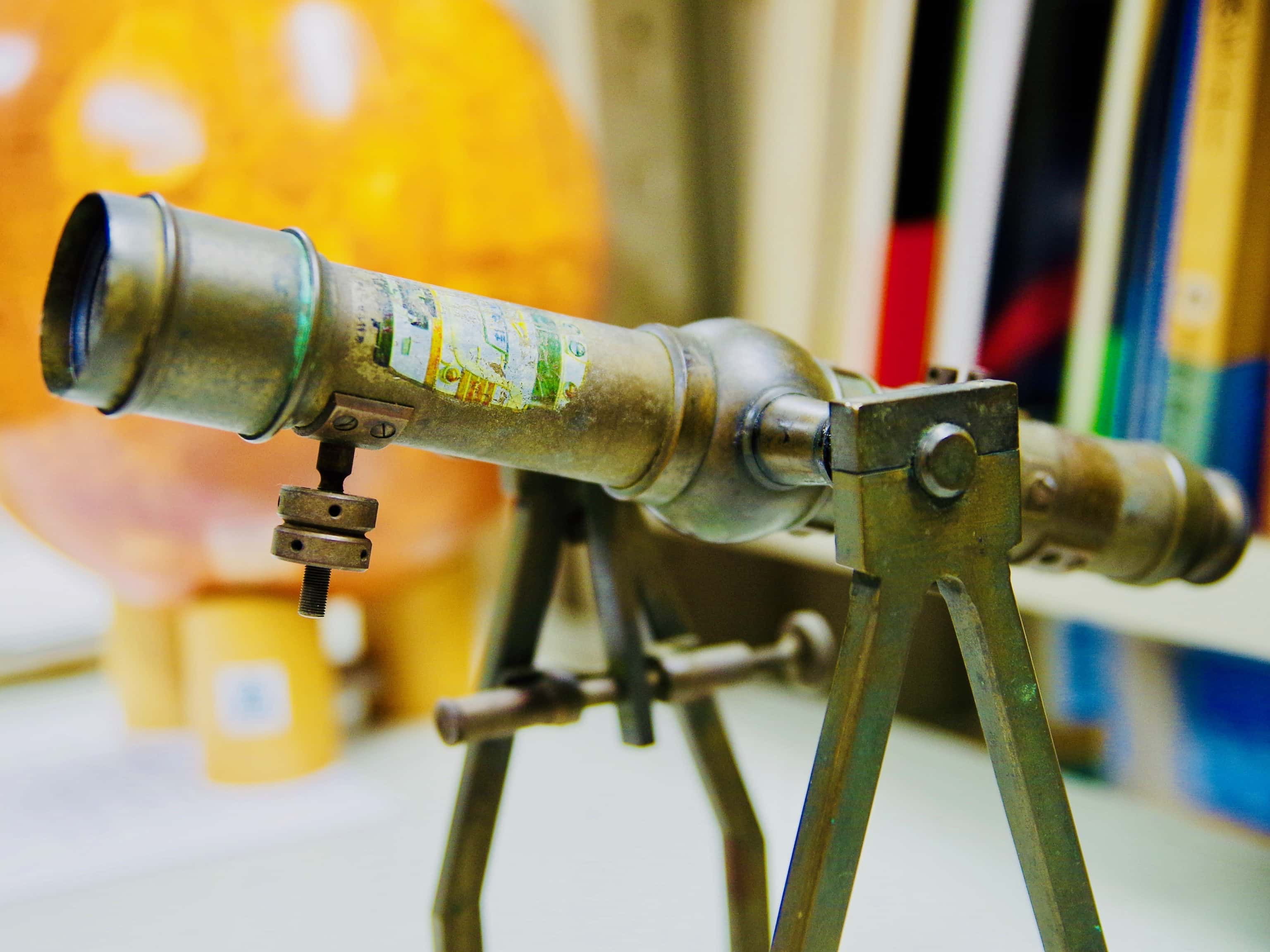 The museum has three purposes.

The first one is to become a museum connecting to the future.

Because the expiration date of use for some telescopes, and some public utilities closing, many large astronomical telescopes areabandoned as they are not needed any more.Additionally, some telescope’s owner died and their family doesnot want to throw the telescope away and hopessomeone can collect it. The museum accepts and cherish all the telescopes repairing each of them with the promise to never throw them away. The museumrestores these old telescopes into useful cultural properties and connectsthem to the next generation. 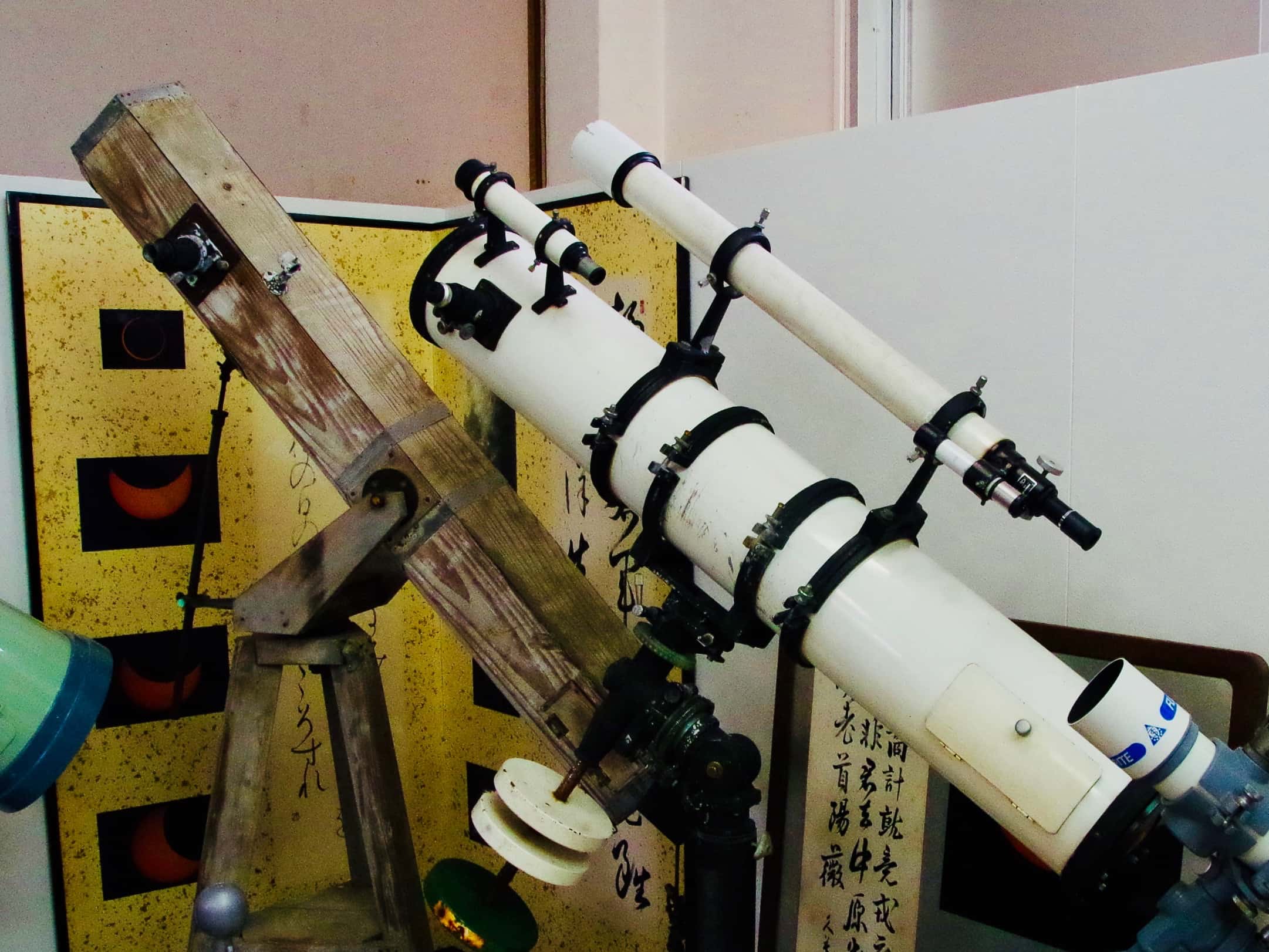 Here visitorscan see astronomical telescopes from different period of time. If you come with a group, the museum owes enough telescope for everyone touse the same type to watch the stars together. This way it will be easy to learn and the volunteers do not need to instruct each person of the group.

In thismuseum, there is alots of different kind oftelescopes including large astronomical telescopes, telescopesfor sun observation, and aspecial handmade telescopes created byastronomy enthusiasts. Each telescope is a treasure. 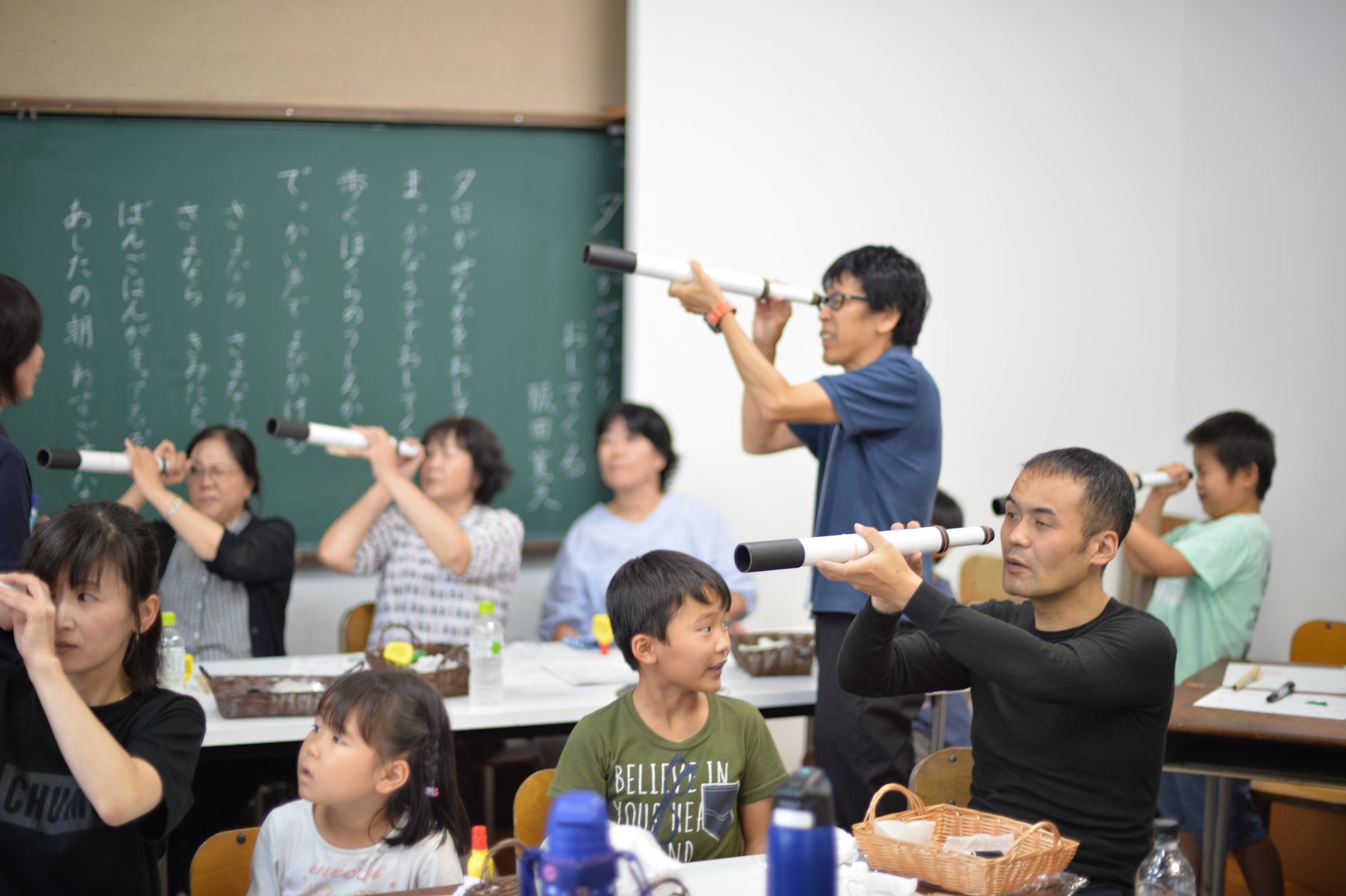 The second purpose is to offer an experience between “watching” and “showing”. 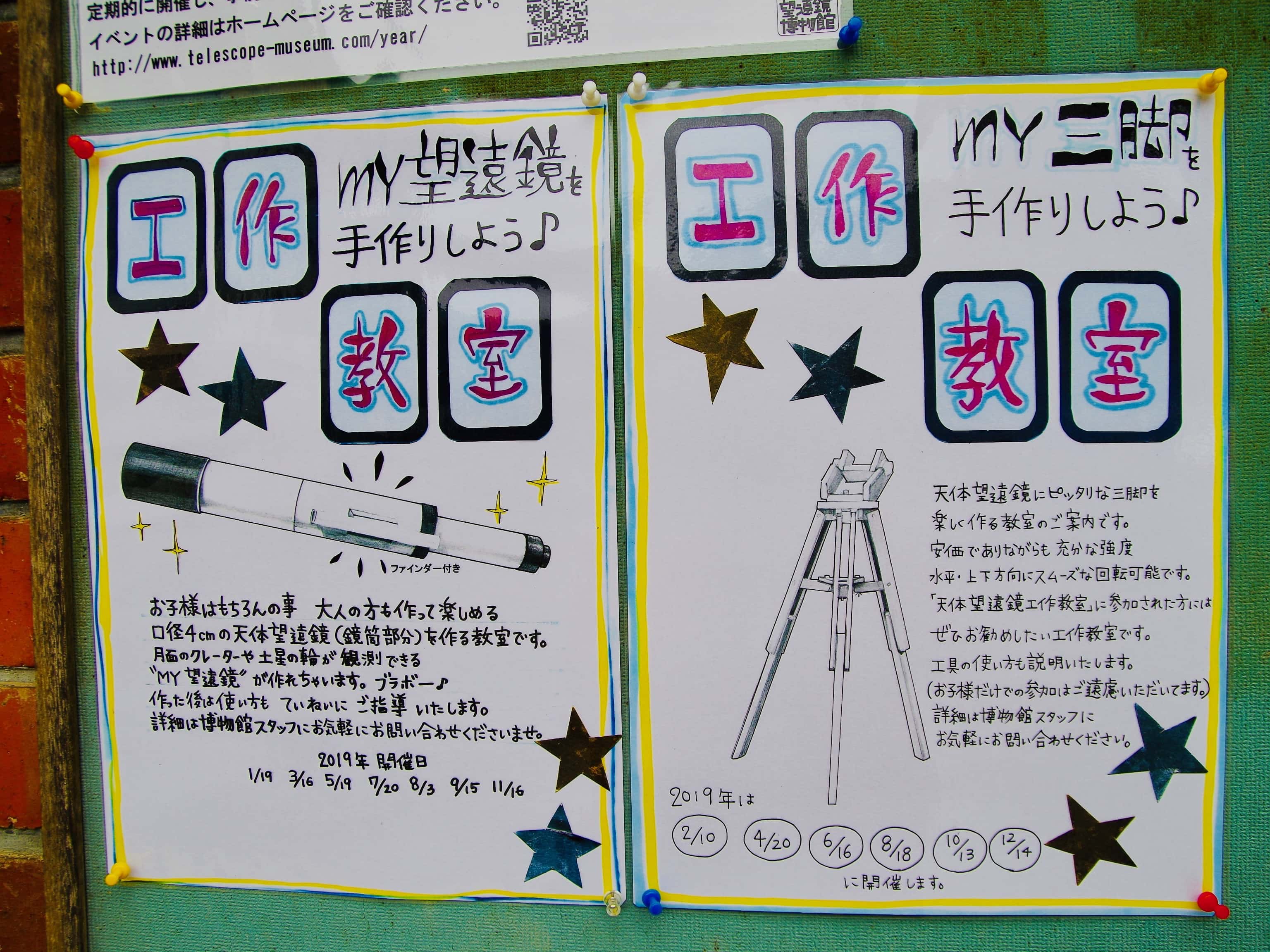 The museum is a place for entertainment and education. There are guided tours,  and special events every Saturday. For example, workshop to built your own astronomical telescope.

This is not just a museum for watching astronomical telescope. It a place where adults and children can experience the fun of creating a telescope with their own hands. 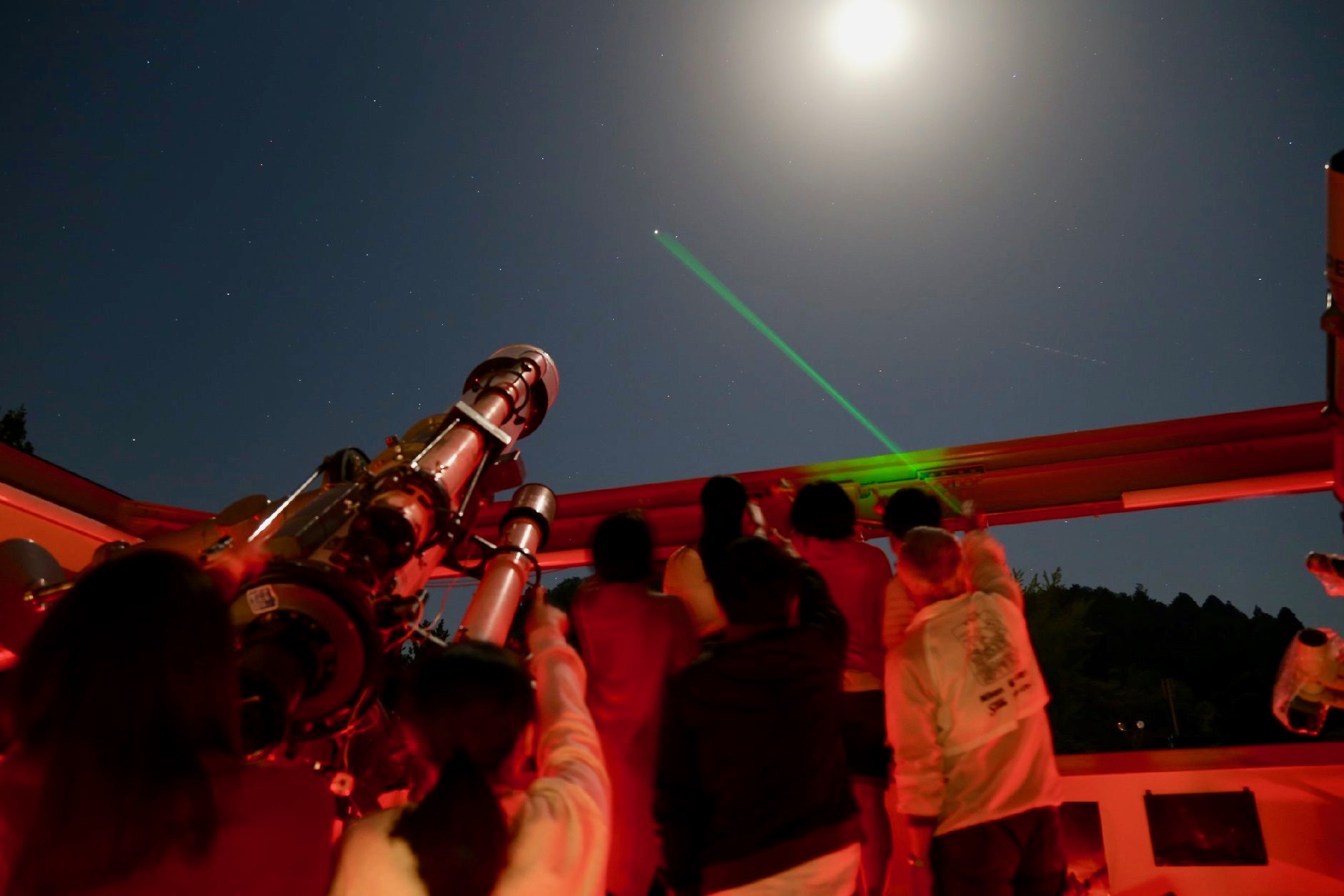 The third purpose is to learn the use and fun of astronomical telescope by stargazing. 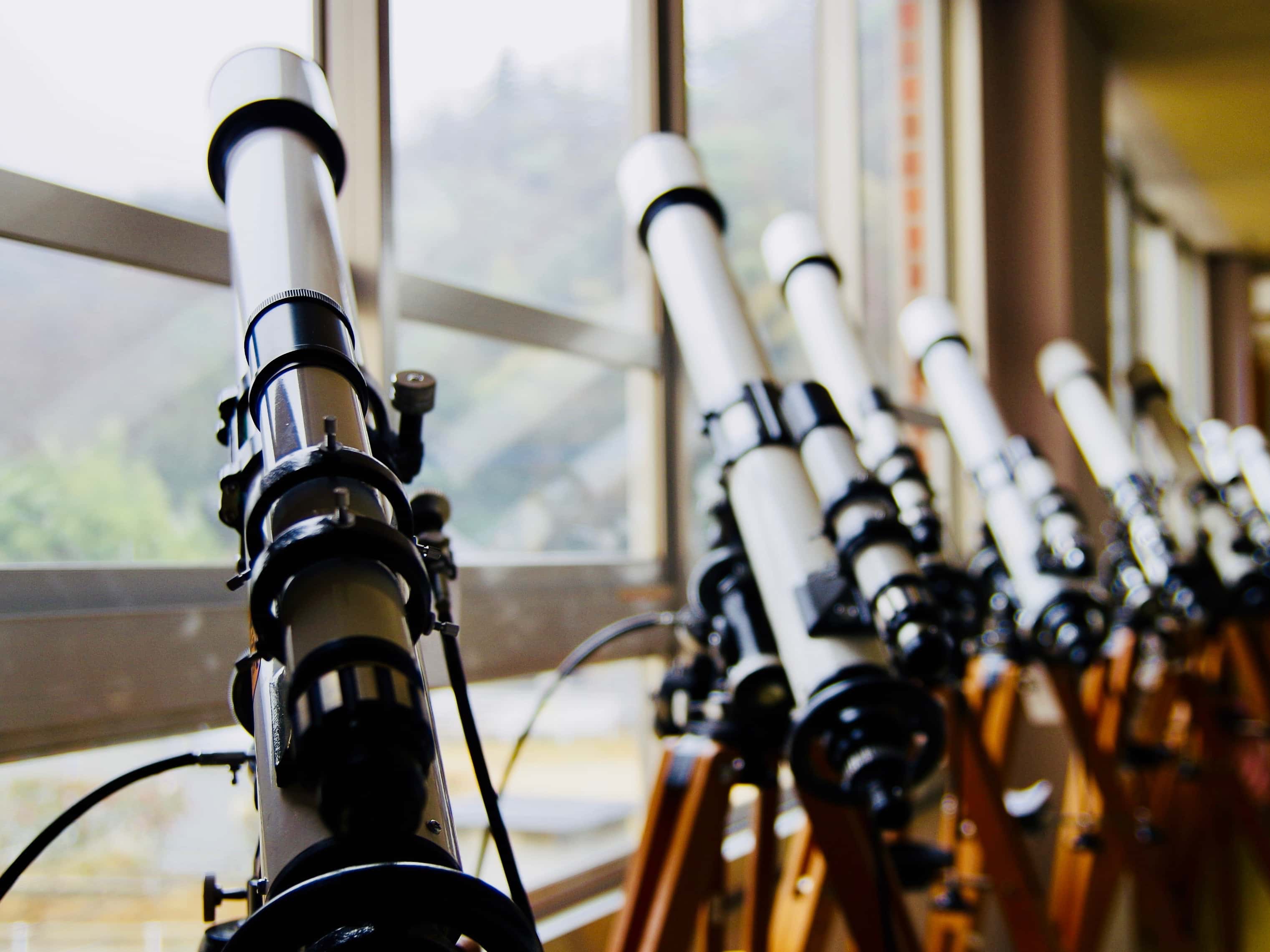 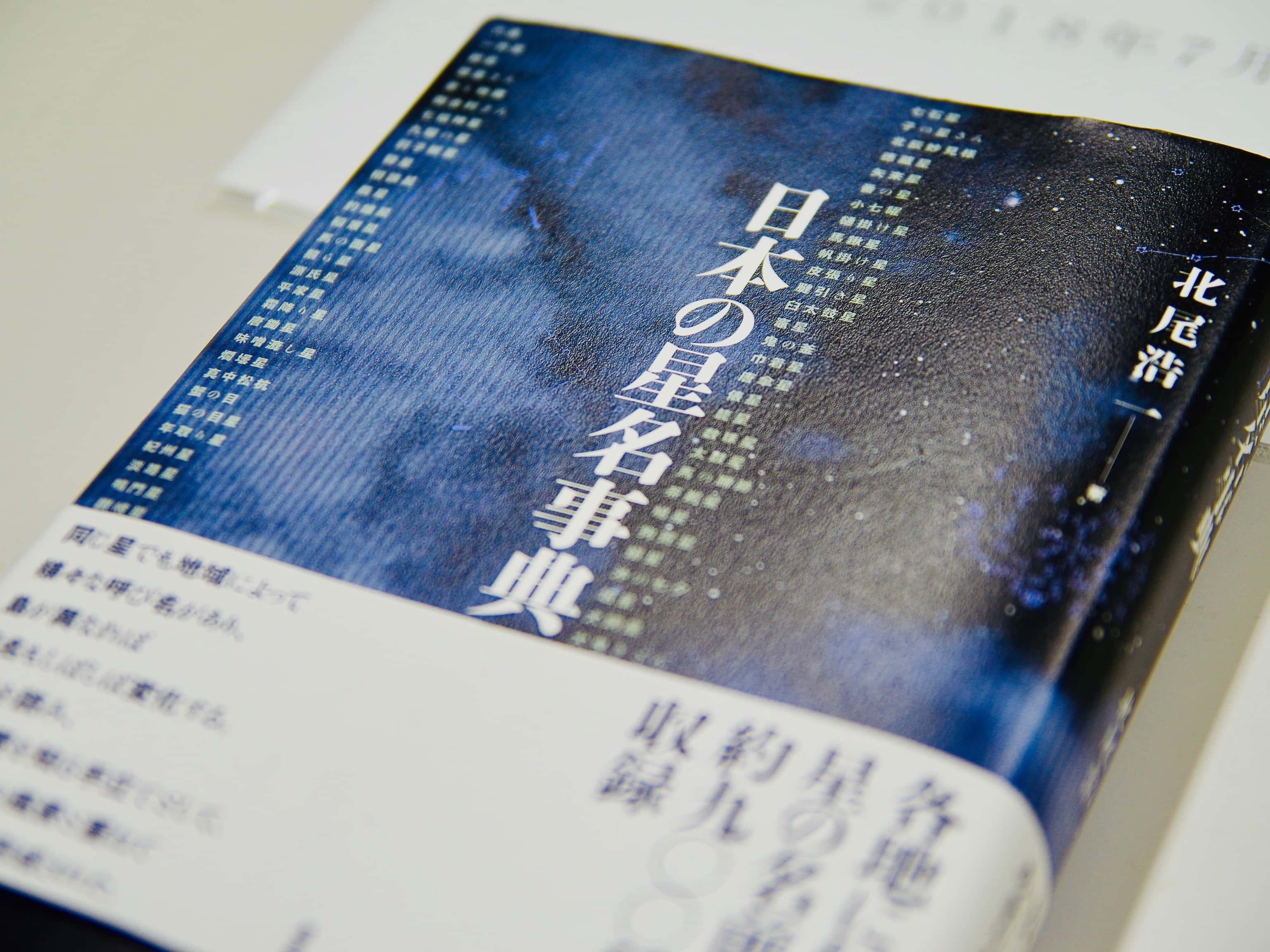 There is not only astronomical telescopes, but also a library collecting many out-of-print astronomical journals and the newest astronomical books. It is a treasure house for who loves astronomy. 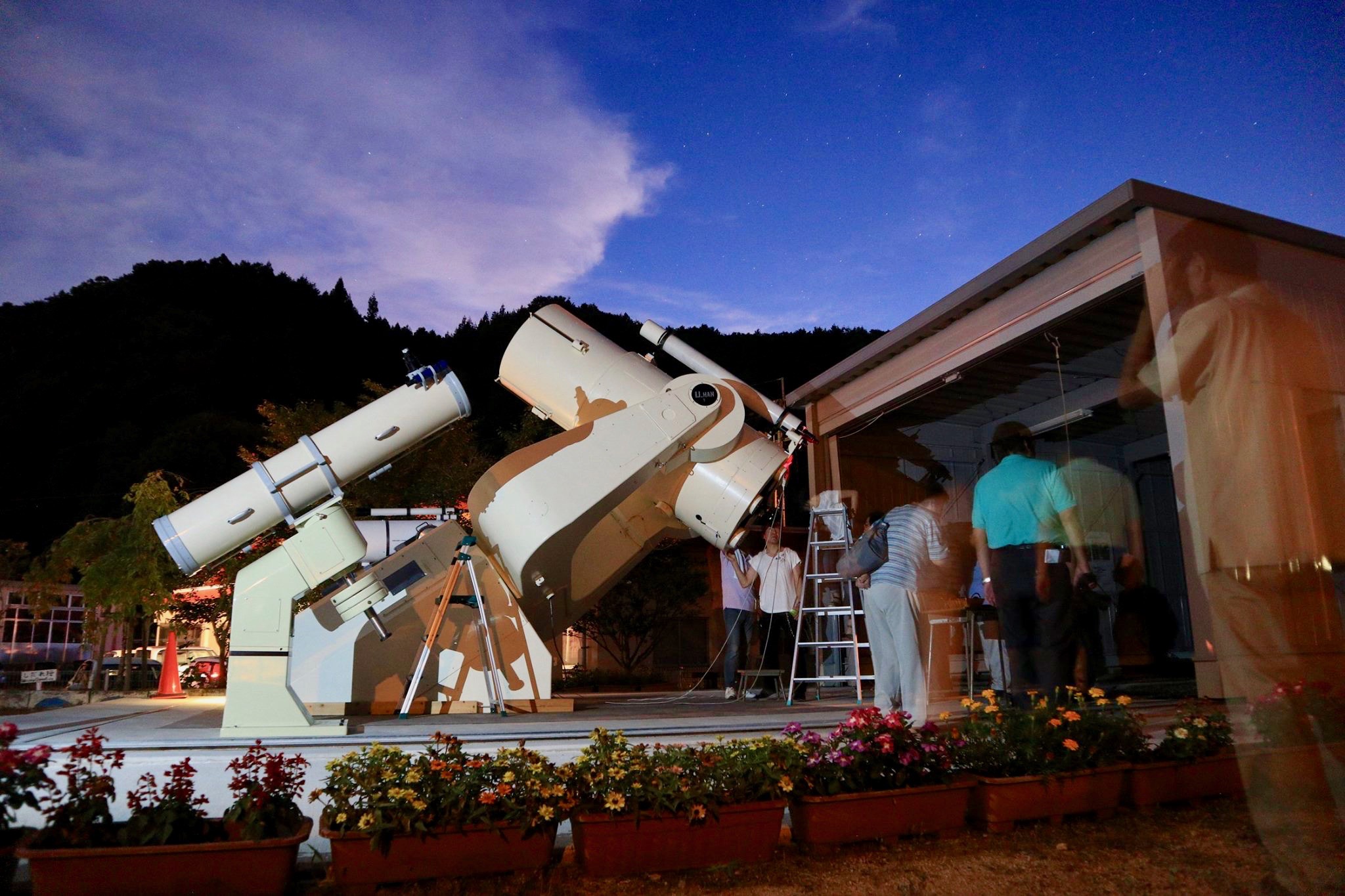 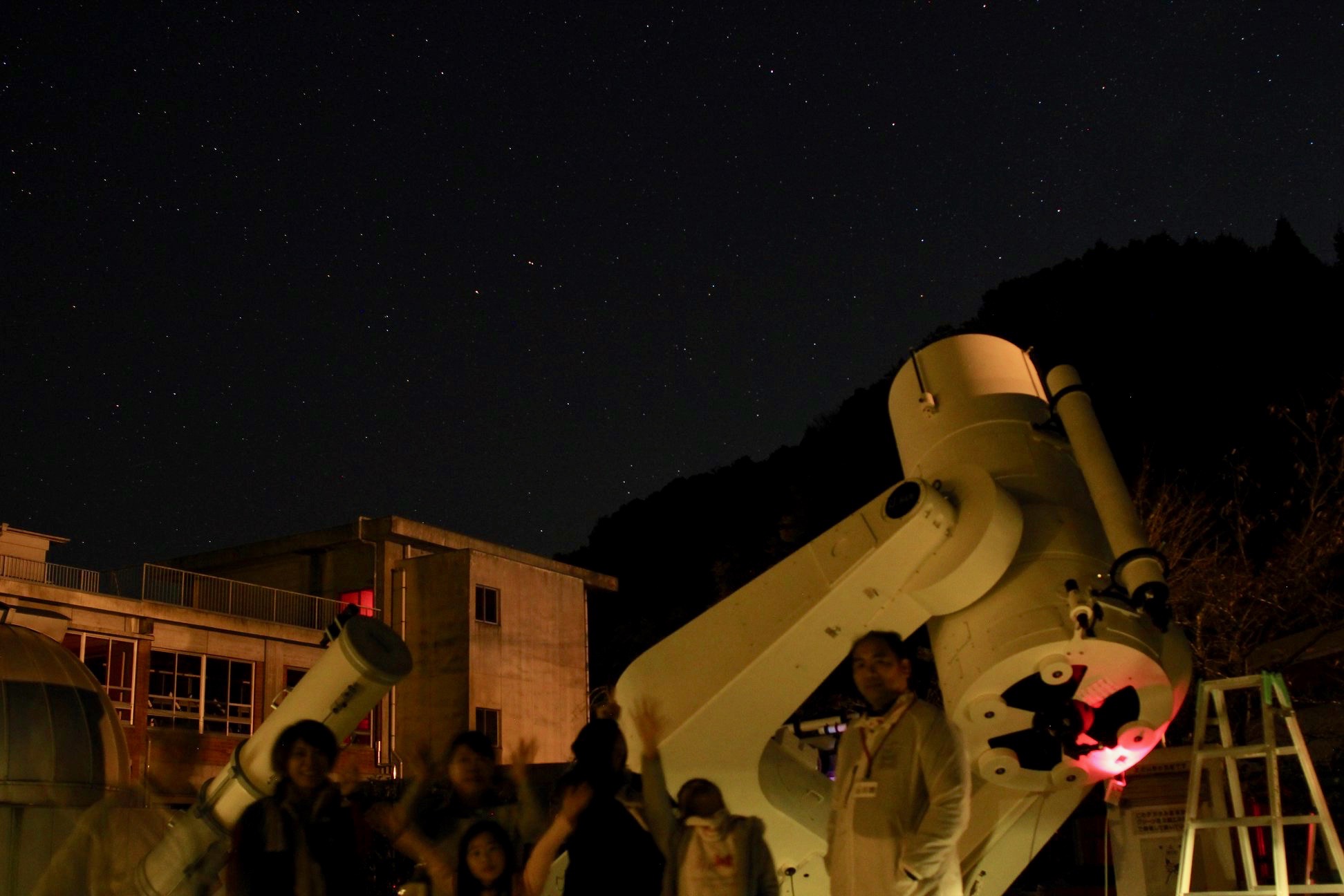 Stargazing at the astronomical telescope museum can be a special experience or a part of a hobby. Whether you are the former or the latter, welcome to the first astronomical museum in the world! Come and get a wonderful memory under a starry sky.

Access: Take community bus Tawa line at JR Shido station and get off at Tawa elementary school. About 40-50 minutes and JPY500.