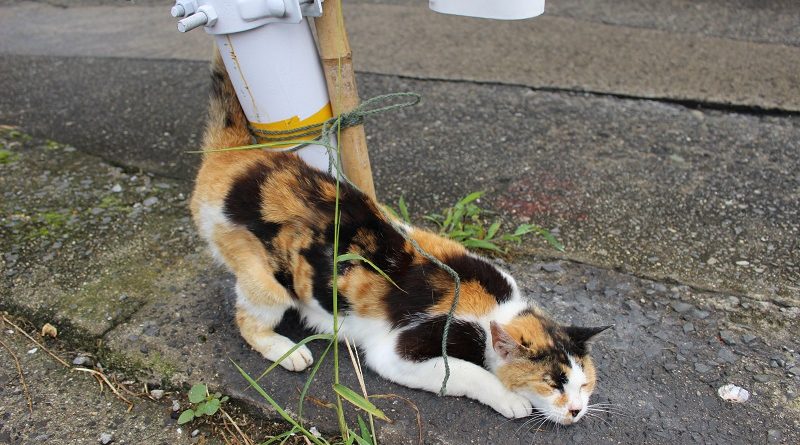 The population of the Island was about 4,400, but as of 2016 it has decreased to 570. However, Ibukijima-island is known for producing and shipping high quality IRIKO (Dried sardines) all across Japan and is a very lively island where various events such as the Harbor Festival in July (MYOJINSAI), praying for the fisherman to have a bountiful catch all year long, the Momote-sai Festival in February, the Fudoson Cherry Blossom Festival in April, the Mikagura Festival in June, and the Autumn Festival in October are being held. 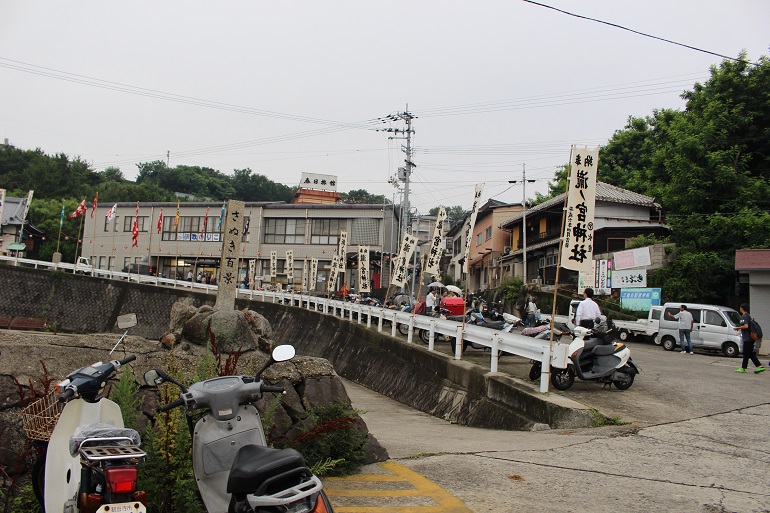 Ferries run from Kanonji-port to the Maura-port back and forth four times a day and it only takes about 25 minutes. 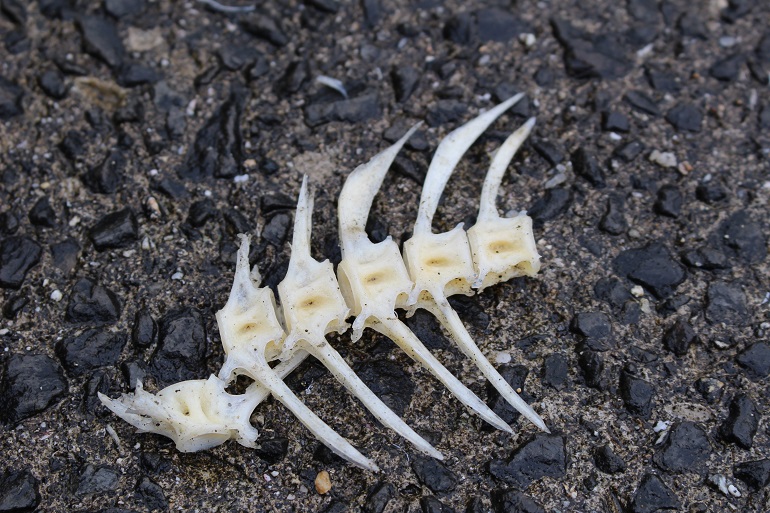 Fish bones that sea birds might have eaten are scattered around near the harbor.

We toured the island with Mr. Shinohara, who is a volunteer guide on Ibukijima-island. Ibukijima has participated in the Setouchi-Triennale. 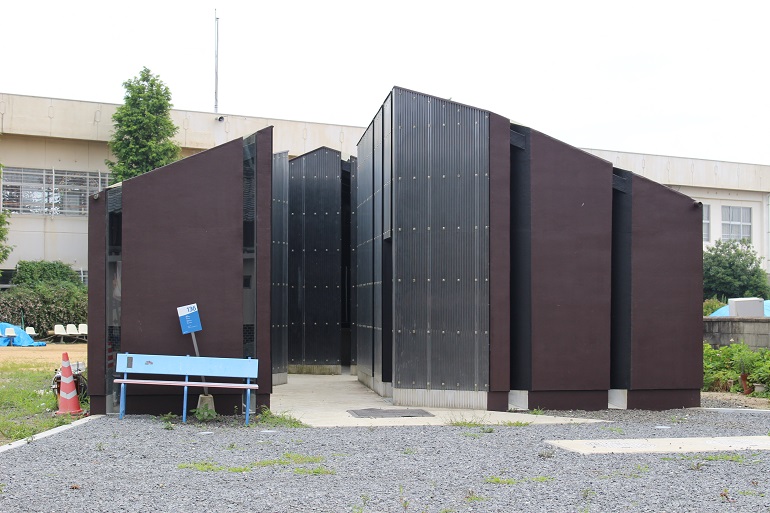 Among those artworks on the island, this one is the most famous one called “House of Toilet” by Daigo Ishi.

A toilet is one of the art pieces from the 2013 Setouchi-Triennale and it shows the small effects of rain and sunlight. The building consists of three building, the Men’s, the Women’s＋the Multipurpose restroom and warehouse, and it literally can be used as the regular toilet.

The circular hole on the ceiling represents a rain-water well, water which used to be a very precious thing in Ibukijima-island. The line of light that intersects inside of the building represents the direction from the Ibukijima-island to the six cities across the world and shows connection between the island and the world.

In addition, sunlight penetrates inside once a year exactly at 9:00am through the slits created in the wall and ceiling in accordance with the direction of the the sunshine on traditional event days in the island such as “Day of Shimashikoku – March 21st “ in the old calendar, “Summer Festival Day – July 15th “, “Autumn Festival Day – October 1”, “Summer Solstice”, “Winter Solstice”. 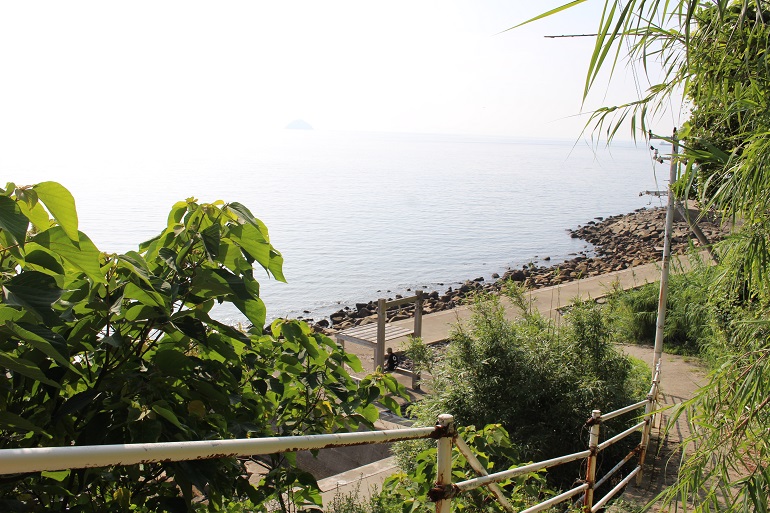 There is a huge chair about 3m (9.84 feet) tall where we got off the slope of heartbreak hill. It is not a artwork of the Setouch Triennale, but it’s size is overwhelming. 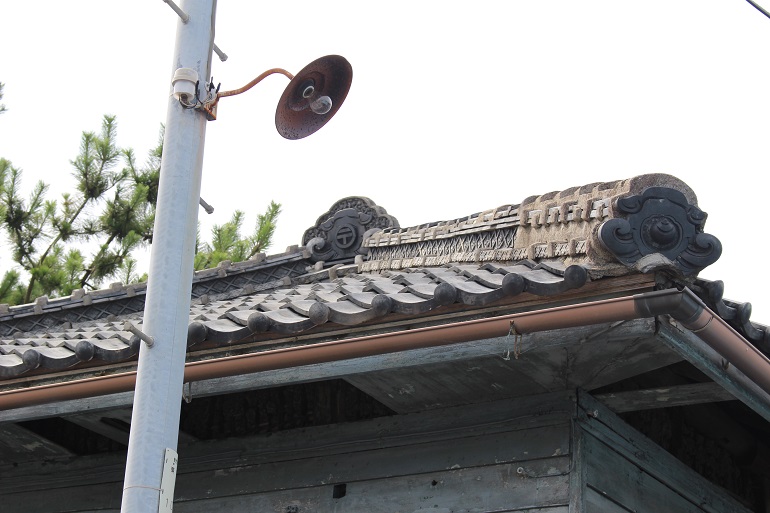 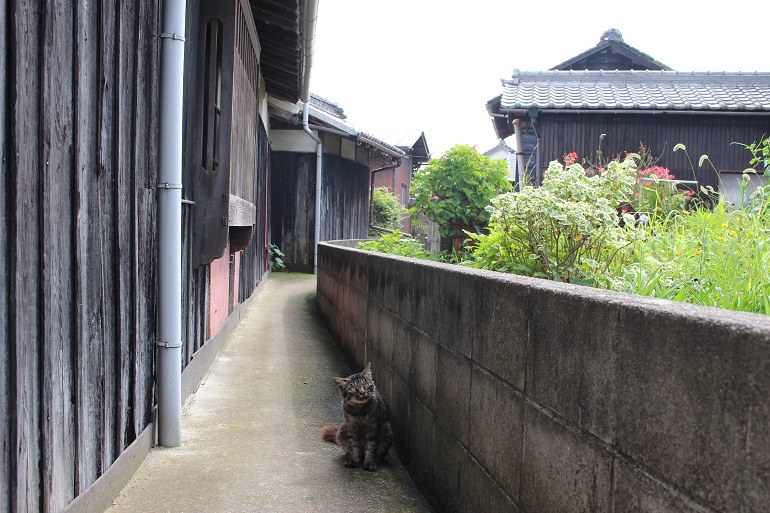 Ibukijima-island is also known as an island of cats. We can see cats everywhere. 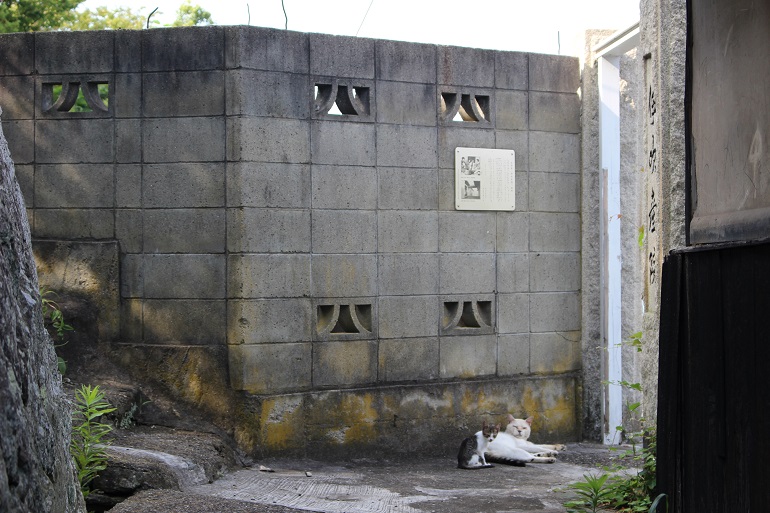 We found a family of cats！This island must be a heaven for cat lovers.

Sometimes couples sit on this chair together and talk about love and gaze at the beautiful ocean beyond the shrubbery. We’ve walked around the island for about 3 and a half hours and fully enjoyed this appealing part of the island.

If you would like to rest and relax on the island, Ibukujima-island is the perfect place where you can enjoy artworks as well! 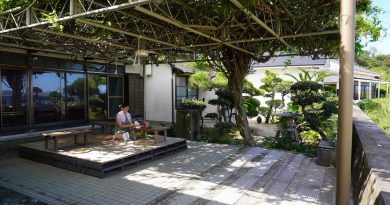 Ryusenso – A place to rest on the coast of Megijima Island