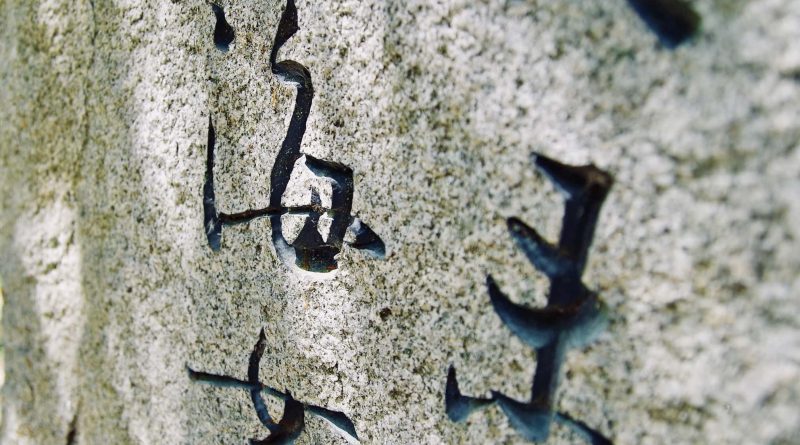 During the Nara period, it said that a Chinese monk offered three treasures to Kohuku-ji (Nara city). Two of the three treasures are actually exhibited in the National Treasure Museum of Kohuku-ji, while the last treasure called “Menkofuhai-no-tama” (flawless jade) is lost.

A myth said that the Dragon King snatched the treasure at Shidoura (now Shido Bay) over the Sanuki Province (Kagawa prefecture), while it was carried from China to the Japanese Imperial Court. The Noh story “Ama (the woman diver)” portrays this legend.

Taking the Kotoden Shido line from Takamatsu, the train will pass through “Fusasaki” station before arriving to Shido. Here is the place where Fujiwara no Fusasaki, son of Fujiwara no Fuhito and hero of “Ama” was born. They were real aristocrats who lived during the Nara period.

The dance part in “Ama”, “Tama-no-dan”, narrates the moment when Fujiwara no Fuhito, whose little sister married in China sent the jade stolen by the Dragon King, arrived from the far capital in Shidoura to get back the lost treasure. In Tenno (now included in Sanuki city) he married a woman diver (pronounced in Japanese “ama”) who, three years later, gave birth to a child in Fusasaki city from where Fuhito named his son. 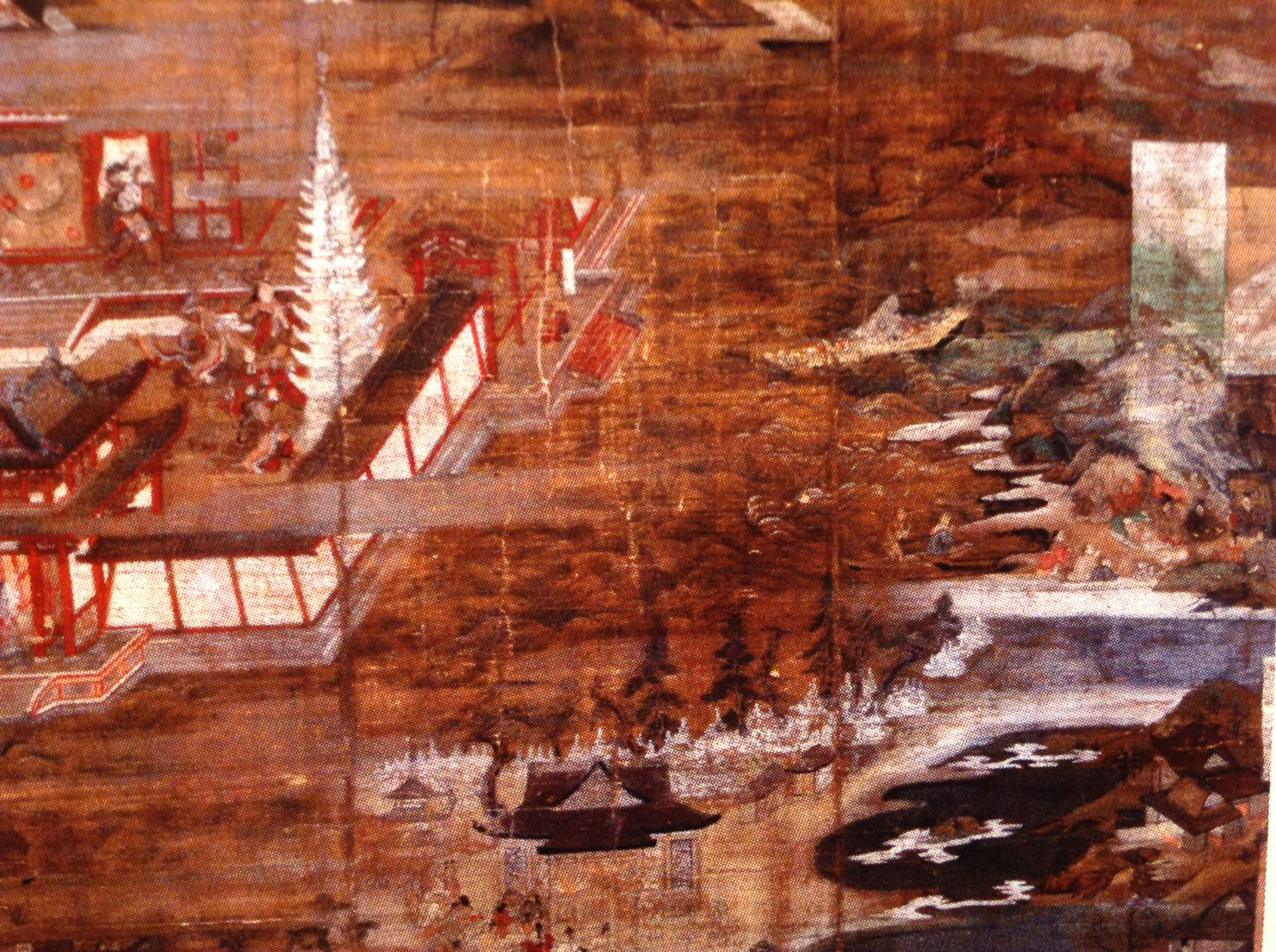 Fuhito then told everything to his wife, the woman diver, with the hope she could retrieve the stolen jade for him. Born as a simple citizen, the woman diver accepted under the condition that her son, Fusasaki, should be made the heir of Fujiwara clan. Once the deal sealed she jumped into the sea risking her life looking for the lost jade. This story is also painted in “The legend of Sanuki Province Shido Dojo” on “The legend of Ama fetching the jade”.

Though the woman diver recovered the jade, she soon lost her life. Fuhito mourning for the woman diver erected a tomb and built a temple which he named “Shido Dojo”. At that time, people thought that Shidoura was connected to the Pure Land and Fuhito choose the name “Shido (死渡)” based on the faith that it would be the shore leading to the Pure Land. “Shido” means crossing the death to get a new life, as it believed in Buddhism. 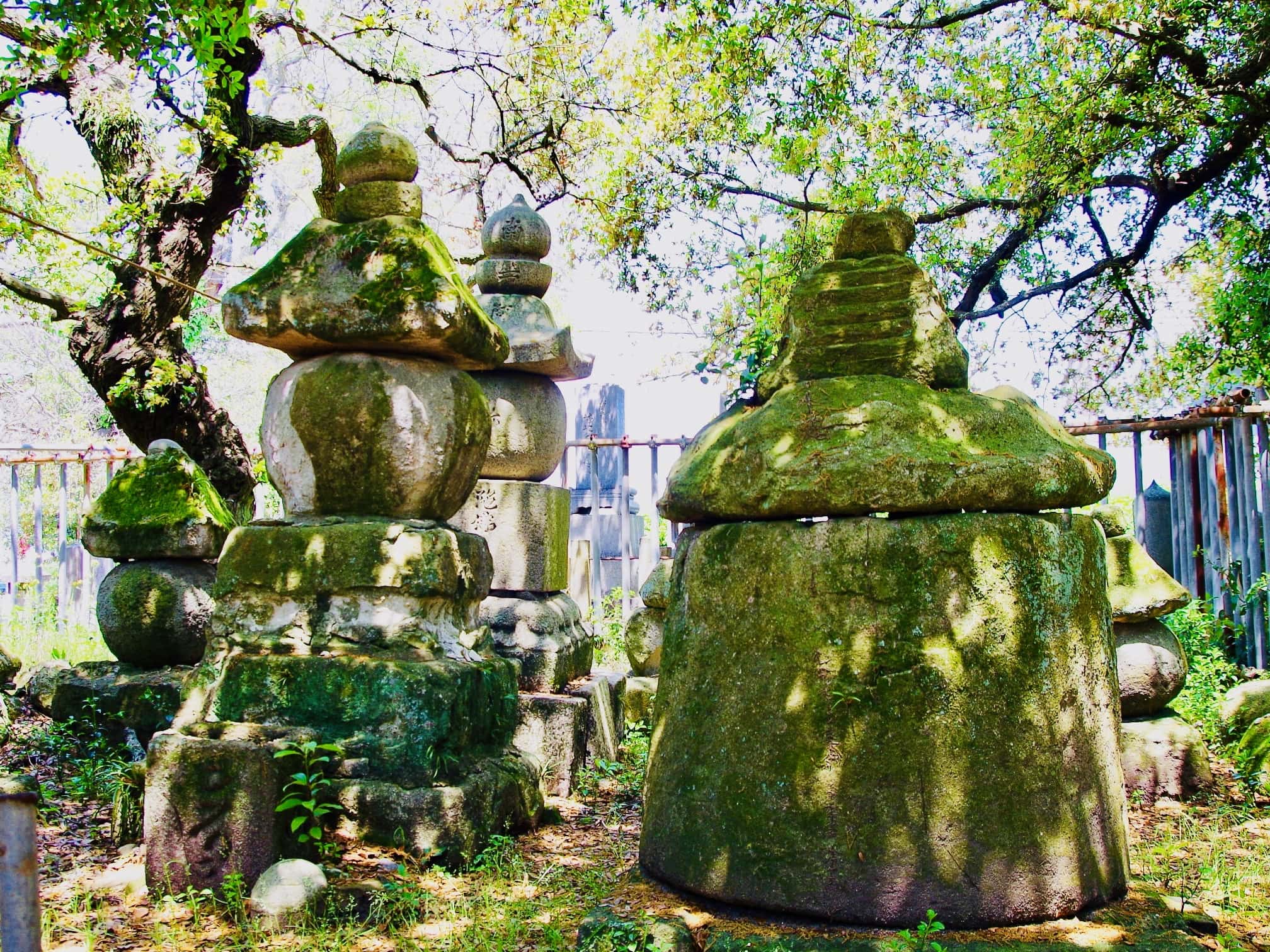 13 years later, Fusasaki came back to Shido and recited the Lotus Sutra to free his mother’s soul. Because of the chant she finally became a “Dragon Daughter” and reach Buddhahood. Fusasaki also built thousands of “Gorinto – five ringed tower”, small Buddhist pagoda including five rings of elements (ether, air, fire, water and earth) presents in temple and cemeteries, for his late mother with the support of the monk Gyoki. Nowadays, it is known as “The Ama’s tomb and the group of Gorinto”. The temple’s name also changed from “Shido Dojo (死渡道場)” to “Shido-ji(志度寺)”. 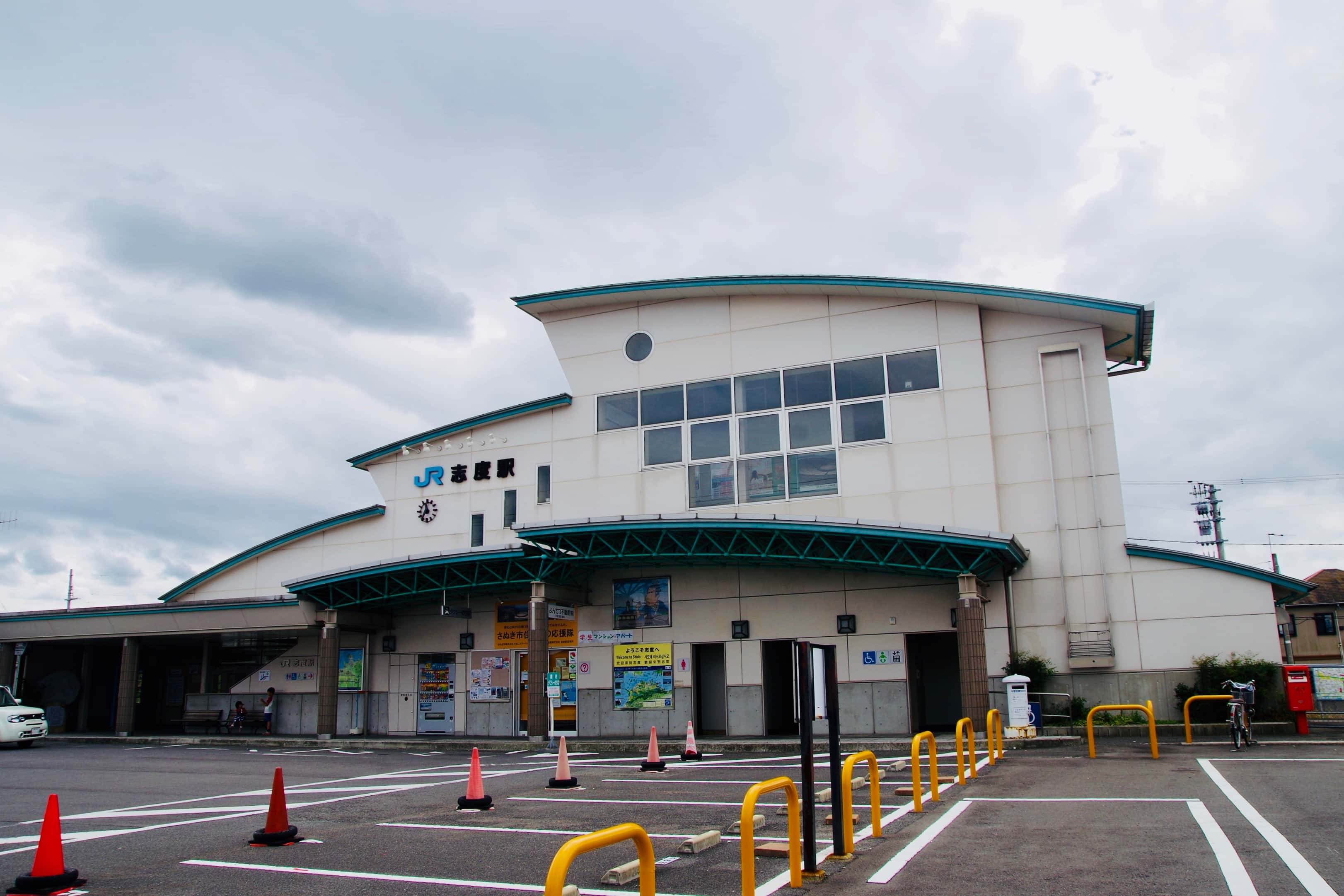 You can strongly feel this legend at JR Shido station where the architectural design is inspired from the shape of the Dragon King presents in the legend.。 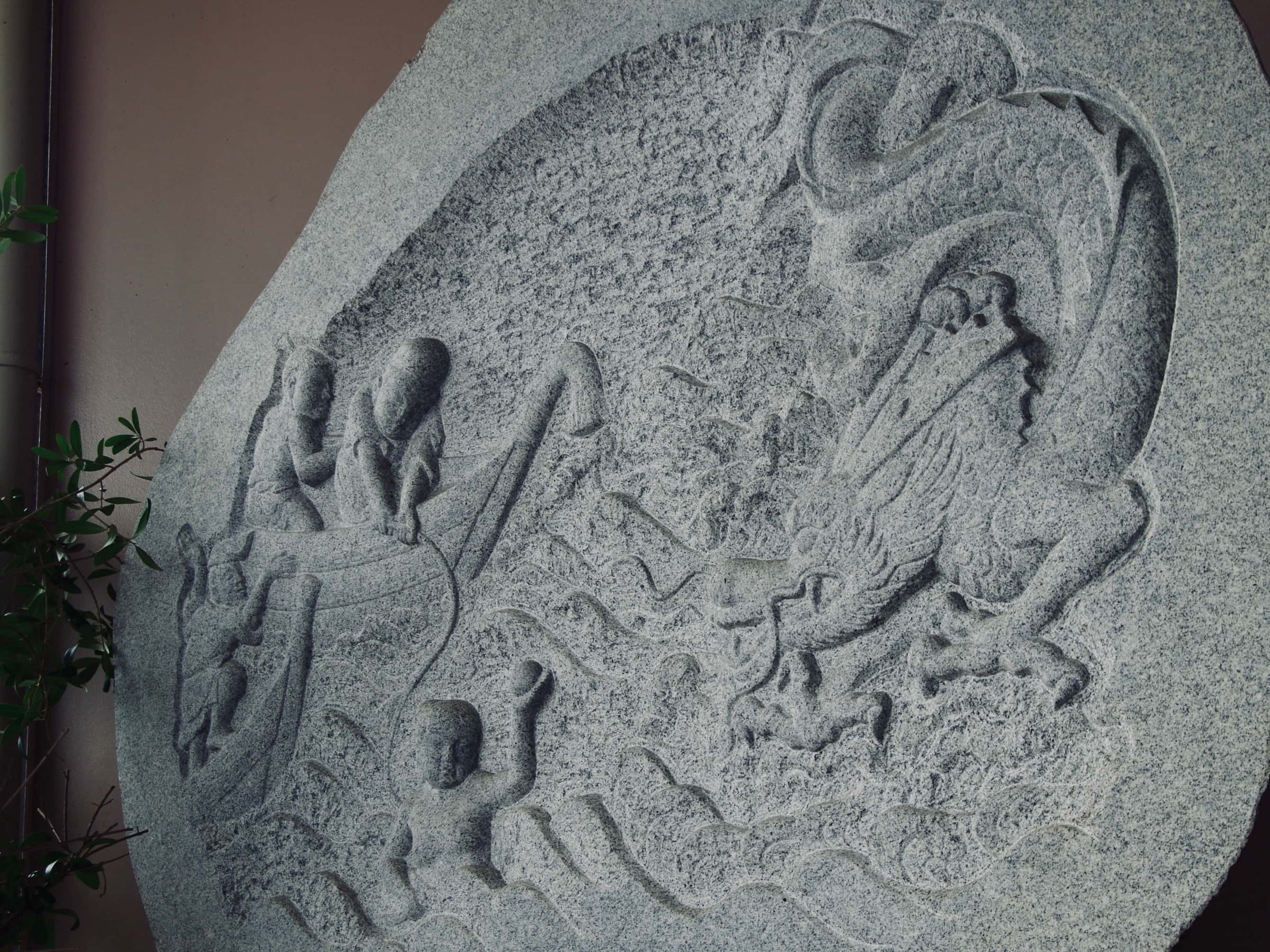 Before going to Shido-ji, you can find a stone monument in the 1st floor staircase displaying the thrilling scene when the woman diver who jumped into the sea looking for the jade, come back for the deep sea holding the treasure. 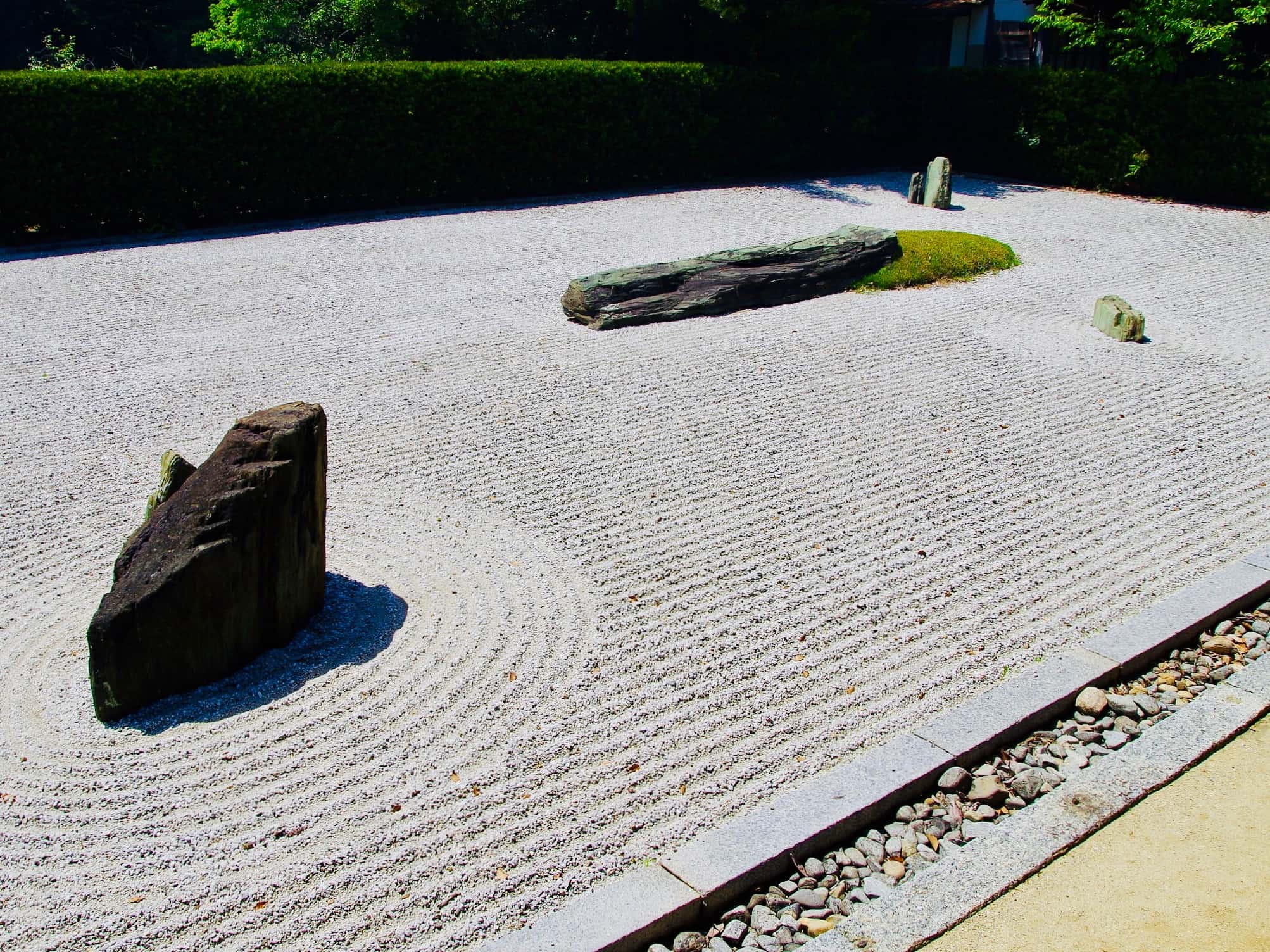 In the Shido-ji you also can fantasize the scene of the woman diver risking her life to seize the jade while watchingthe Japanese rock garden. This scene is represented in the Muzen garden, “Muzen-tei”, next to the Noukyousho (office where you can obtain a temple stamp “noukyou-shuin”).

In the seven rocks located in garden, the centredone with green moss symbolize the Shinju island where the woman diver found the jade, while the white sand spread all over the garden represents the raging waves menacing to swallow the woman diver. There are two rocks hidden behind the huge centred one which worth to be noticed. The legend tells that the woman diver fighting against the Dragon King cut her chest to hide the jade in her breast. The injury was too much for her and she lost her life protection the treasure. This two rocks hidden bythe huge one represent thewoman and thejade retrievedfor Fuhito.

This miserable yet beautiful story wouldcertainly bringing tears to anyone’s eyes. However, in the History,Fujiwara no Fusasaki’s mother was not the woman diver from Shidoura as it narrates in the Noh program  “Ama”, but a powerfulSoga clanaristocrat, Soga no Shoushi. Yet there is almost no description related to Soga no Shoushi in the “Nihon-shiko”, the oldest chronicles of Japan. 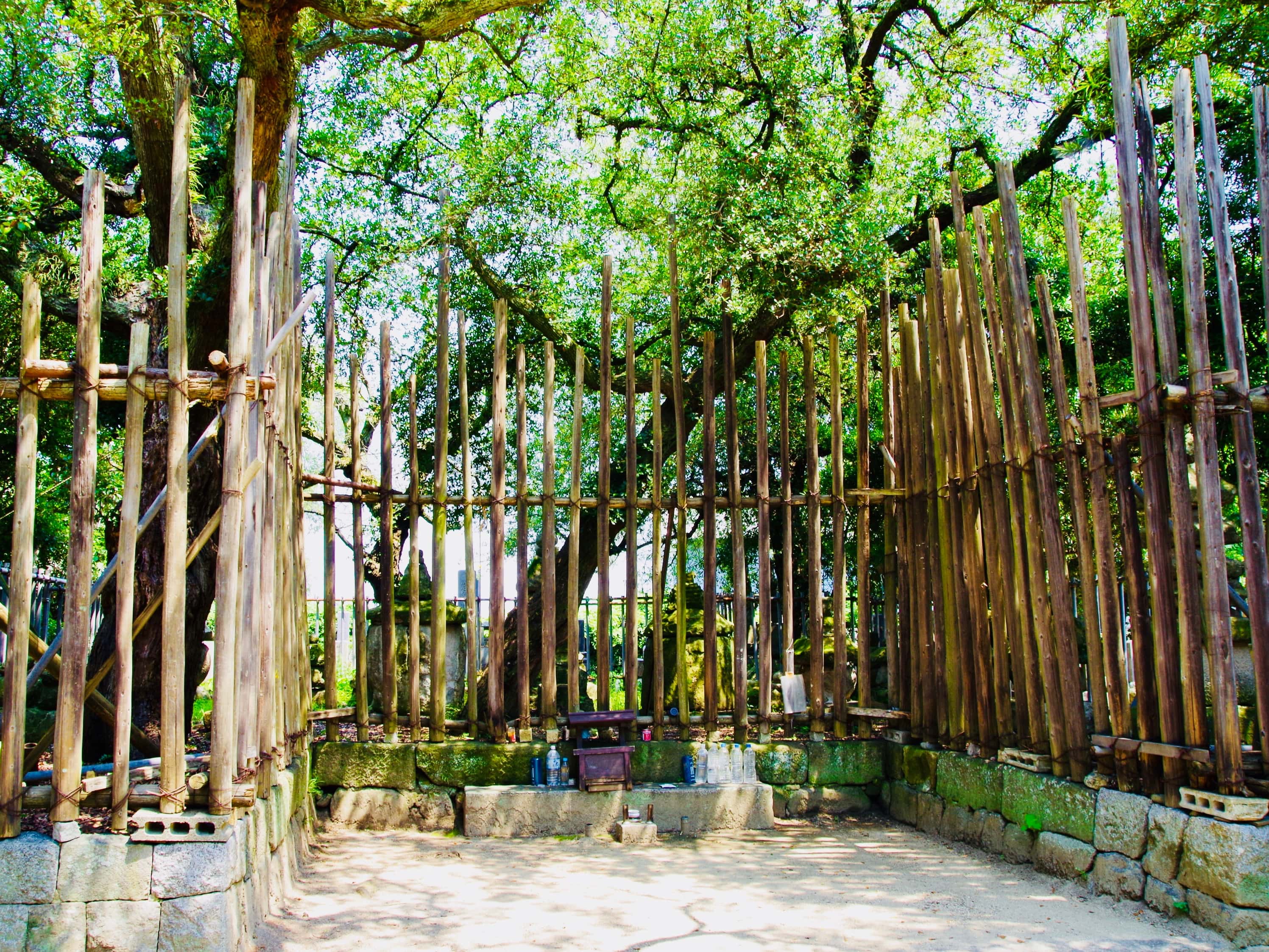 Putting the real history aside, the Noh program “Ama” tells a story where a mother sacrificesher life to protect her son’sprosperity and wealth. Moreover this myth enable everyone toreach Enlightenmentby reciting the Lotus Sutra, including women who was said to be condemned to reincarnate intomen before being able to reach Buddhahood.  This touching story also bring more attention to the isolated tomb of the woman diver.  Whatever this story is a real one or not, knowing this legend people visitingthe Shido-ji cannot help but stop and reflect in front of the tomb. Then sitting at the Muzen garden and meditating, this legendary parenting relationship is certain to move more than one hearth.