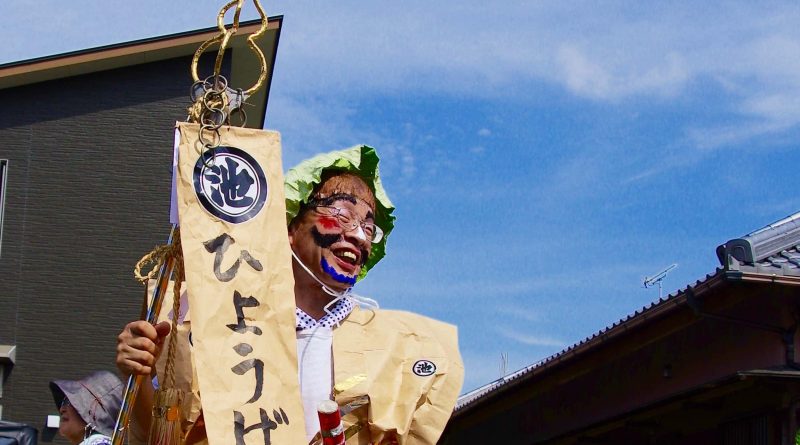 The Hyoge Festival is an Intangible Folk Cultural Property of Takamatsu city. In the dialect of the region “Hyoge” means humorous and funny.

During Edo period, a civil engineer named Heiroku Yanobe built a reservoir called
Shin-ike to solve the drought occurring across Asano area. The Hyoge Festival is not only to appreciate the achievement of Heiroku Yanobe but also a ceremony to pray for a rich harvest. 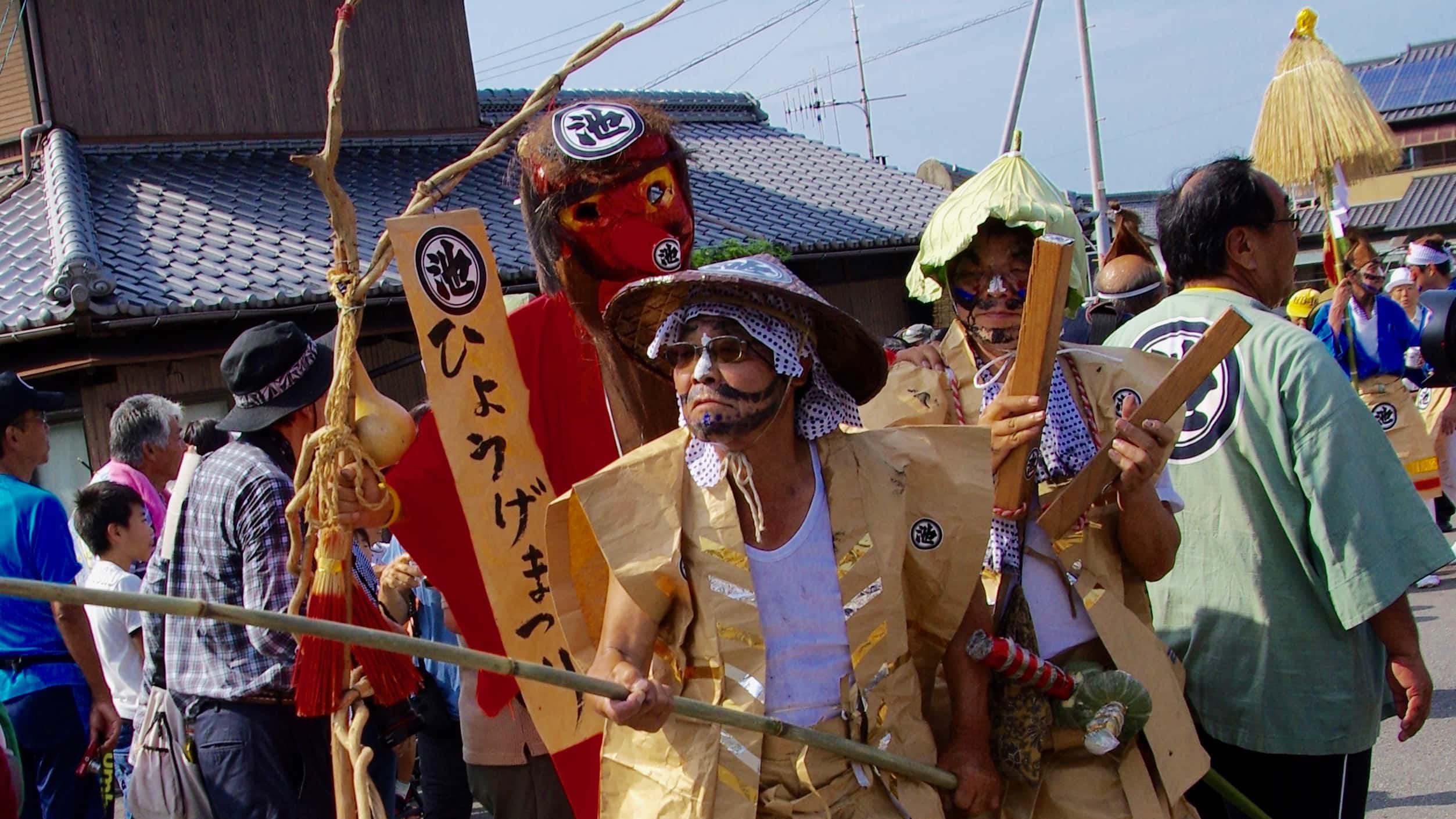 Nowadays, the Hyoge Festival is held when the ceremony at Shin-ike shrine finished. The citizens will appear with vivid makeup head covered with a hat made by lotus leaves and palm. They also wear samurai clothes made of feed paper bags and handle Japanese swords made of taro stems and pumpkins. The parade starts at Asano regional education center to Shin-ike an about 2 kilometers walk. Once arrive the bearers jump into the reservior with sedan chairs made of bamboo pipes and cypress leaves. Here is the climax and finale of the festival. 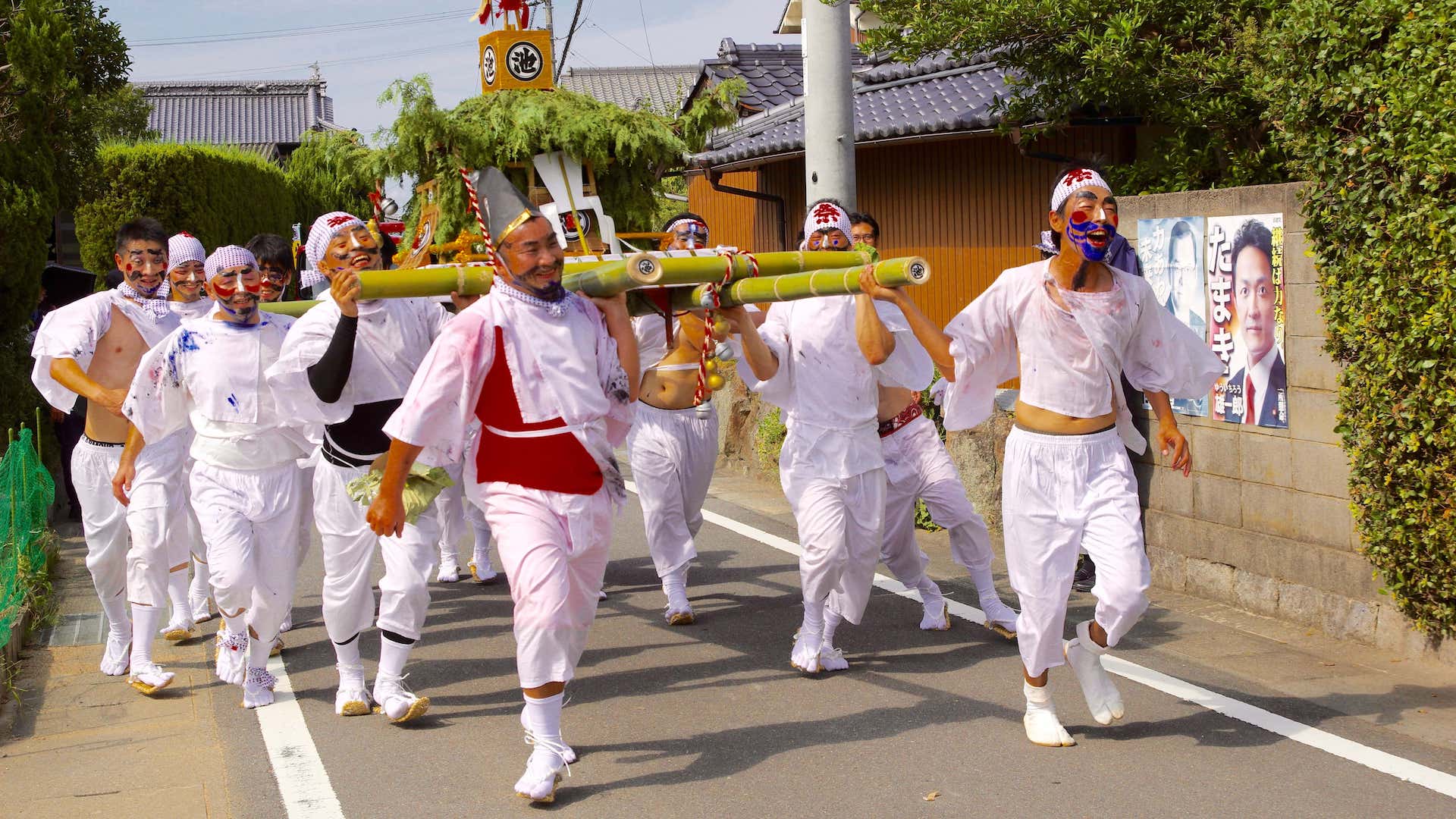 Generally, the atmosphere of Japanese festival is solemn and quiet. However, the special style of Hyoge Festival is really different to that image. The reason comes from a bad rumor. Heiroku Yanobe was a hero loved by all the citizens but got a slander after he finished the Shin-ike. He was then exiled by the main faction of Takamatsu to Awa province, now called Tokushima. The citizens, who could not go against the head of the city, held this parade with humor and fun to protest indirectly. That was the origin of Hyoge Festival. 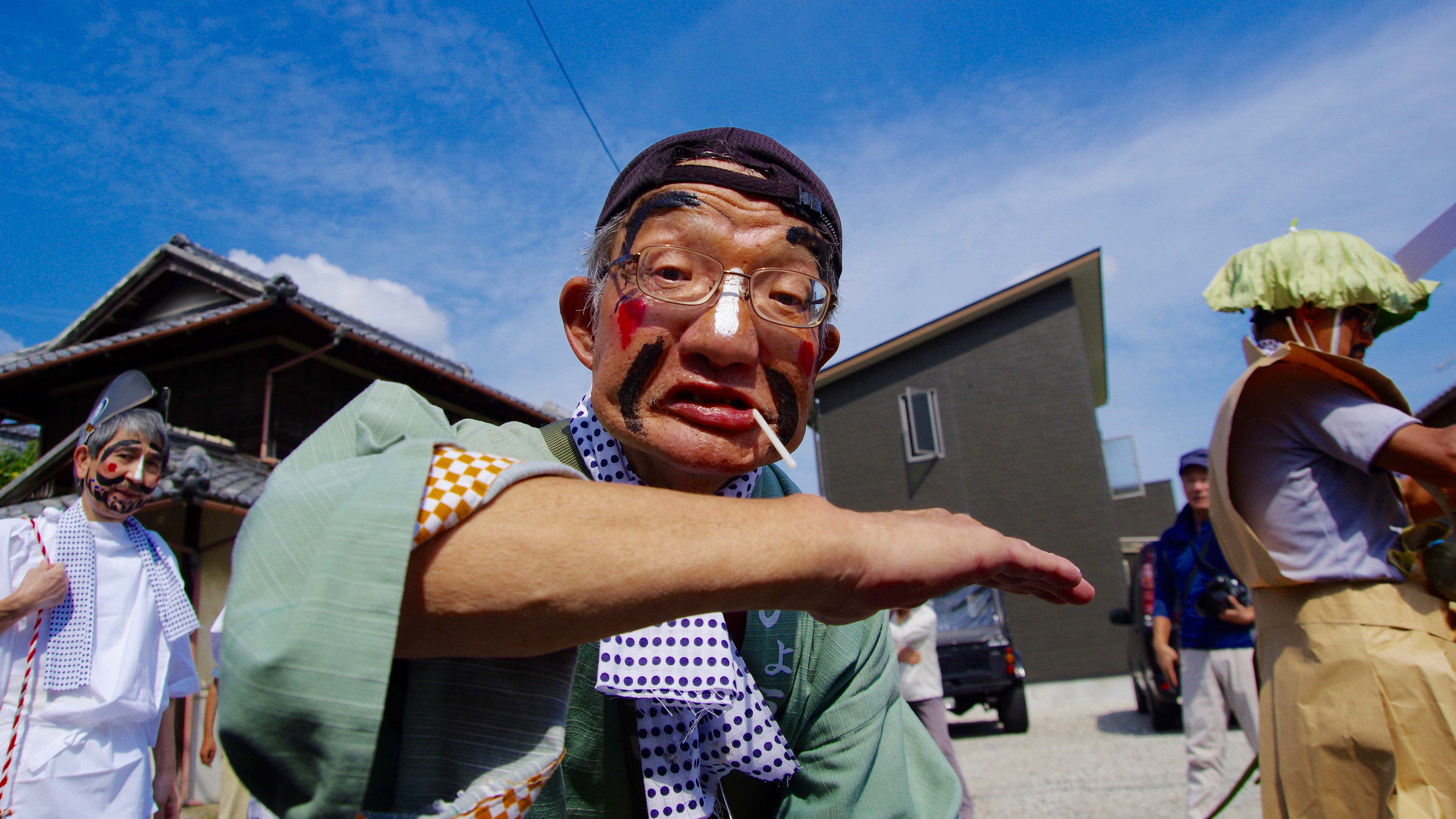 You have maybe already experienced many Japanese festivals that are solemn, respectful and luxurious. But if you have time, come to Kagawa and experience a festival full with humor and local atmosphere.